A viewer can become a record-holder if they could find a blue-eyed fox within 25 seconds in the optical illusion.

It is can be quite a task even for those who can solve illusions in seconds. It is designed by the UK-based Book An Eye Test. The creators of the optical illusion say it usually takes a minute and 13 seconds to locate the animal that has a giant skull. A person stood out from the rest by taking just 25 seconds to find the fox.

The report stated that anyone who finds the blue-eyed fox before 25 seconds will be an unofficial record-holder.

Related – Can you spot the second animal in this optical illusion?

According to the rules, the contestant should time their attempt before getting started. The viewer should keep looking for the blue-eyed fox even if they fail.

The brain teaser tests the observational skills to the limit and tests the eyesight as well.

The answer to the optical illusion is on the left side of the screen. A box is next to a tree stump where the furry friend is face-down. 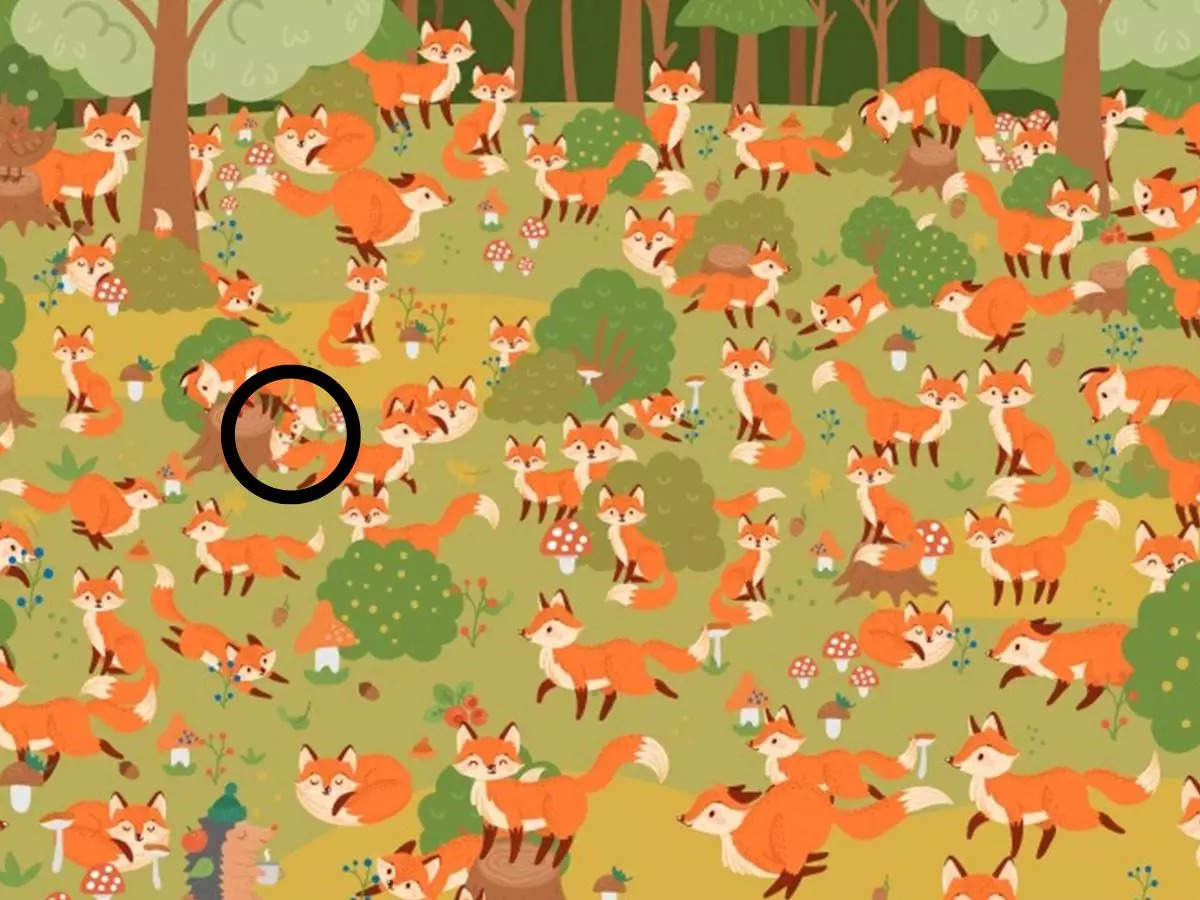 Earlier, Netizens were intrigued by a viral optical illusion designed to make it look like an expanding black hole.

The viral optical illusion is interesting as it tricks the mind about the size of the hole as much as the viewer stares at it. The black hole on the canvas does not move at first. However, it enlarges after being stared upon.

A study published the psychologists from the University of Oslo in Norway and Ritsumeikan University in Japan stated that 86 per cent of the test subjects agreed that the black hole gets bigger.

The psychologists claimed that viewers think that the expanding black hole makes the human think that they are seeing the future. The experts added it shows only 100 milliseconds of their ‘future’. It happens because of a small brief in processing information from the human eye to higher areas of the brain.