ISLAMABAD: The Election Commission of Pakistan (ECP) on Wednesday turned down the ruling Pakistan Tehreek-e-Insaf’s (PTI) petition seeking disqualification of Senator-elect Yousaf Raza and issued the notification for induction of newly elected Senators to the upper house, ARY News reported.

As per details, the ECP announced victory notifications of all 48 senators, including PTI’s Faisal Vawda and PPP’s Yousaf Raza Gilani.

The election commission further decided to conduct a hearing on Ali Haider Gilani’s video scandal and decided to summon the two PTI lawmakers seen in the video. 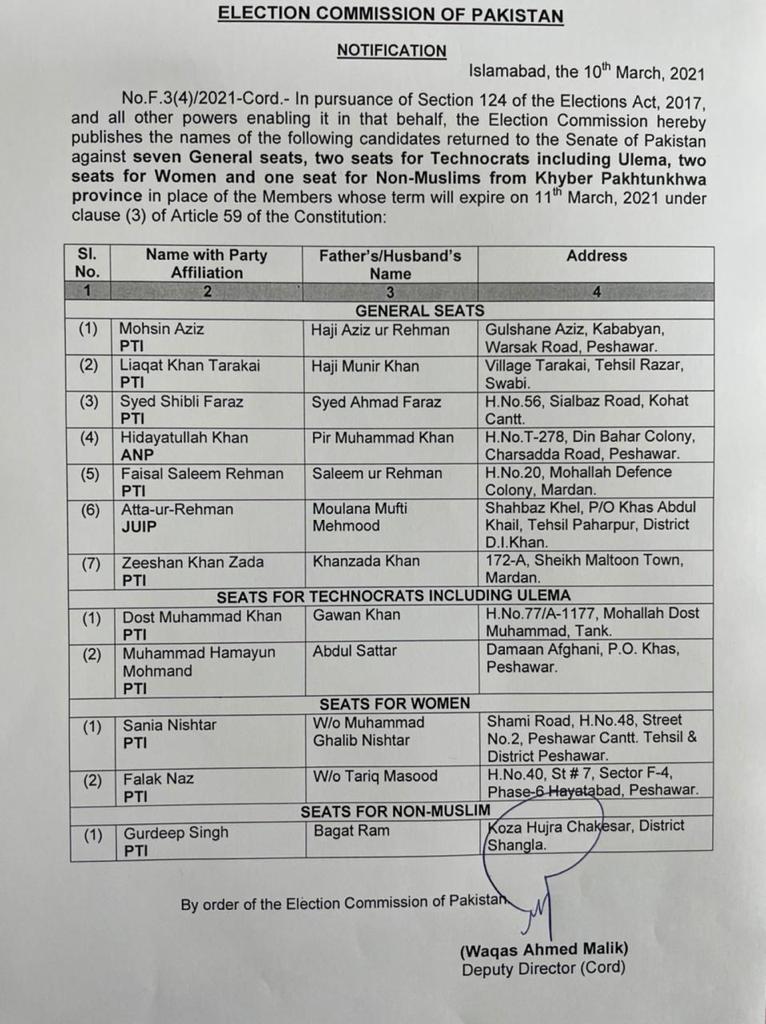 The ECP will hear a video scandal plea on March 22. 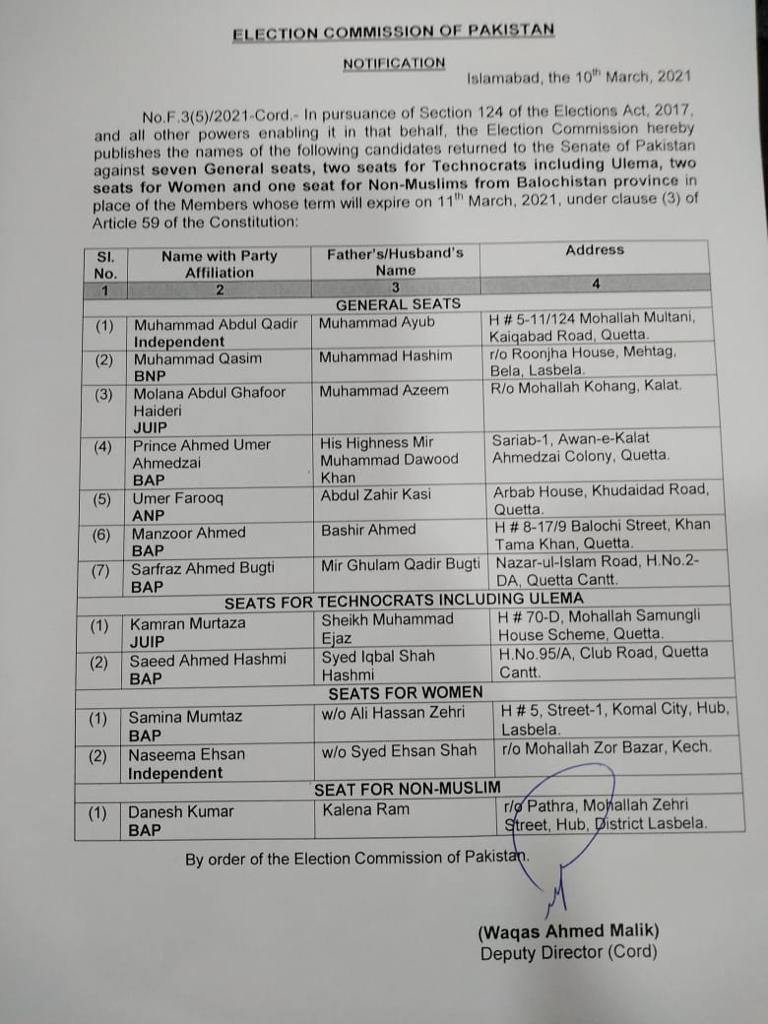 The Election Commission of Pakistan (ECP) once again on Wednesday turned down the ruling Pakistan Tehreek-i-Insaf’s (PTI) plea seeking to stop the issuance of notification of Senator-elect Yousaf Raza Gillani’s victory. 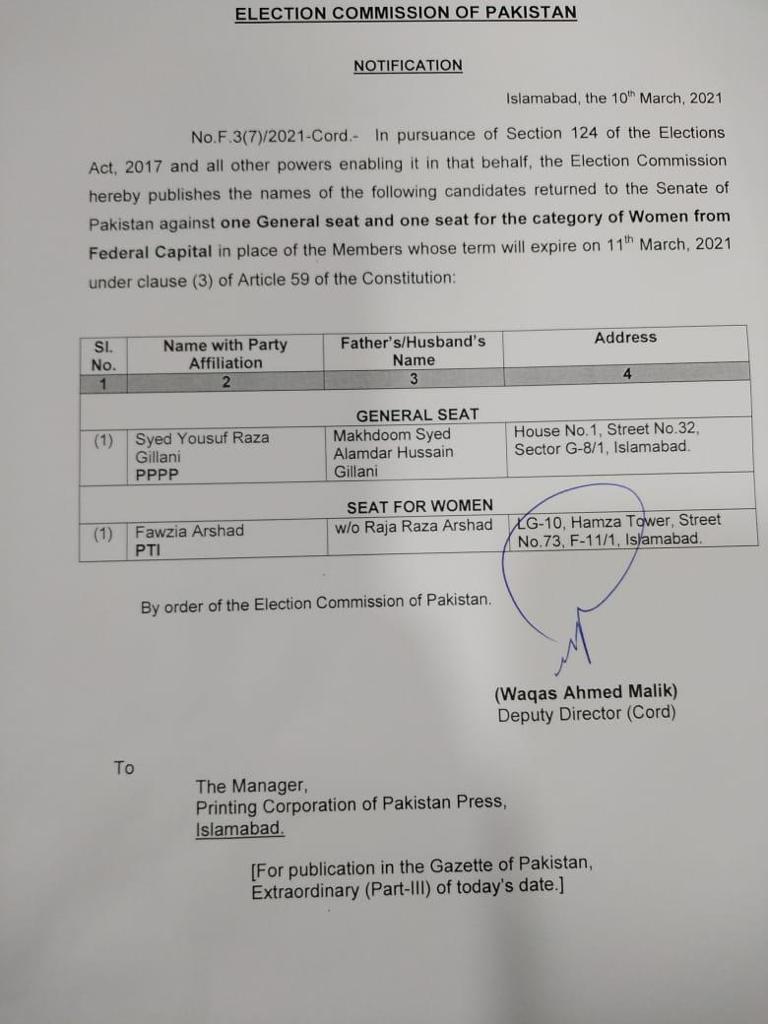 The commission earlier today reserved its decision after hearing arguments of Senator-elect from Punjab Barrister Ali Zafar, who represented the petitioners. It issued notices to the former premier and his son Ali Haider Gillani over the video leak scandal and adjourned the hearing until March 22.

The ruling party challenged Yousaf Raza Gilani’s victory on the basis of a leaked video in which his son Ali Haider Gillani was purportedly advising MNAs on how to waste their vote if they don’t want to vote for the government’s candidate.