DUBAI: Ronchi’s rapid fire 77 off 41 steered Islamabad to chase the steady target of 164 with six wickets in hand against Lahore in the 18th fixture of Pakistan Super League (PSL) third edition at Dubai International Cricket Stadium here on Thursday.

Ronchi Came out to open the innings with aggressive attitude for Islamabad as they were invited to bat first. He smashed the ball all around the park including five boundaries and six sixes. 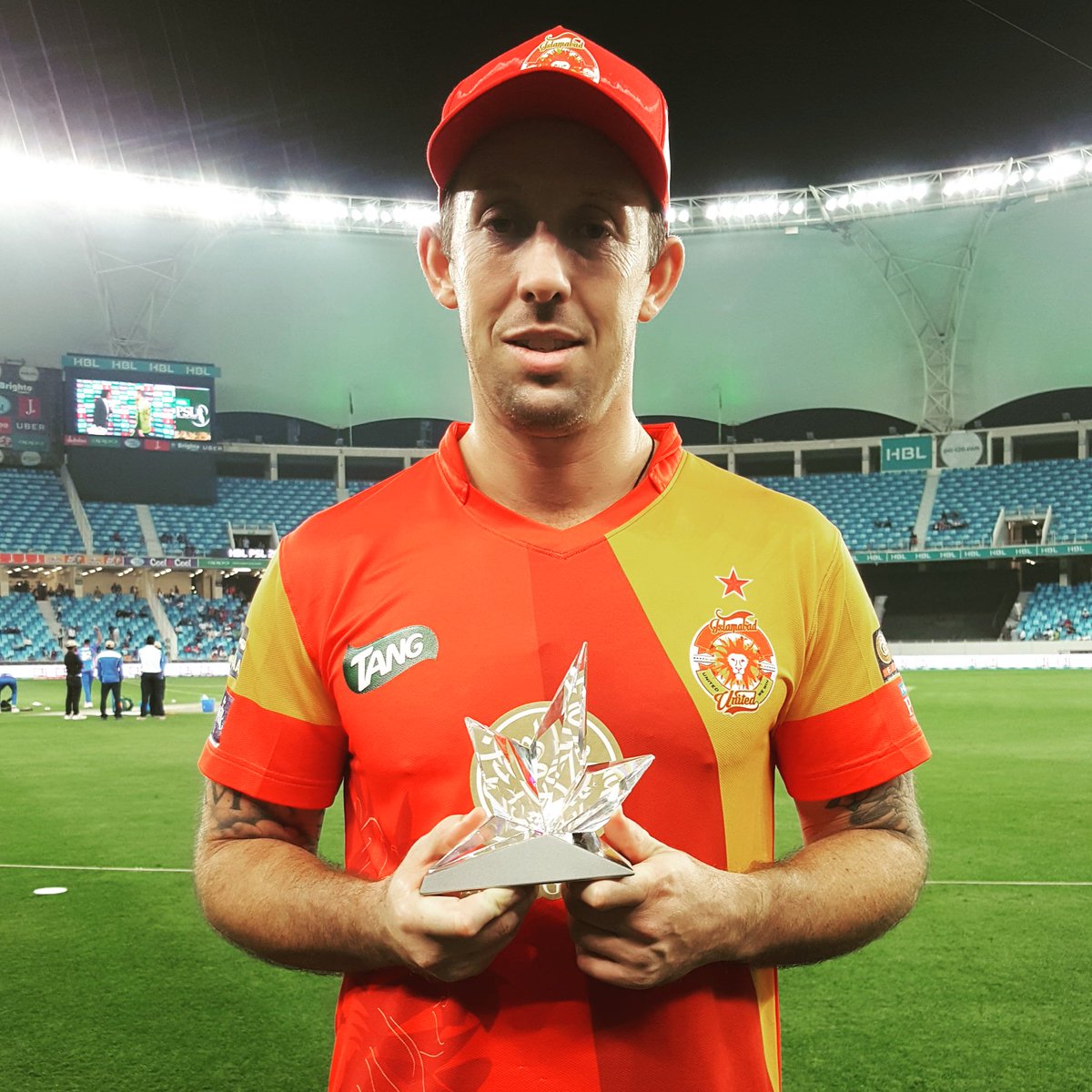 Fakhar Zaman scored 34 off 24 while Devcich who replaced Umar Akmal smashed 62 off 42 laced with four boundaries and three sixes.

Lahore got first breakthrough on 56 when Fakhar was caught behind off Duminy.

Devcich then carried the innings with young Agha Salman and put 46 runs on second wicket. Young Agha didn’t add too much as he got out scoring just 8.

Skipper Brendon Mccullum rescued his team in death overs as he smashed 33 runs off just 12 balls including three sixes and two boundaries.

Islamabad in reply were off to a good start with decent opening partnership between Ronchi and Duminy.

Mccullum took a sharper catch at slip to send Duminy back to the pavilion which brought first breakthrough on 47 for Lahore. Duminy added 21 to the chased target.

Shadab also took the responsibility as he was promoted up the order. He scored 32 off 24 hitting the ball over the boundary for thrice. Later, on 134 runs he became the victim of Imran Khan Jr.

Misbah with 12 runs remained not out.

Narine and Imran Khan Jr shared one wicket each.

Ronchi for his brilliant knock got man-of-the-match award.

Lahore’s chances to remain in this tournament are almost finished as they lost sixth match on the trot. On the other hand Islamabad with this crucial victory gained two points.