Did Ivanka Trump pose in sweater with swastika design?

The image is doctored. The logo digitally added to her sweater was originally created as protest art by graphic designers in 2016.

The doctored image of the president’s daughter was shared thousands of times in North America. One post shared on July 30,2019, by a Facebook account located in Manitoba, Canada, reads: “Stay blind if you want to.” 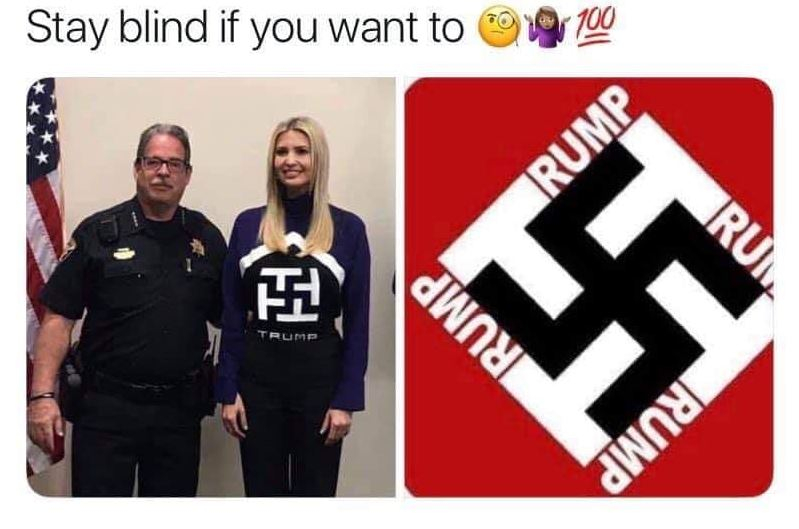 The fake Trump logo was also shared thousands of times in a 2017 meme that said: “‘Can I copy your homework?’ ‘Yeah just change it up a bit so it doesn’t look obvious you copied’ ‘ok’” 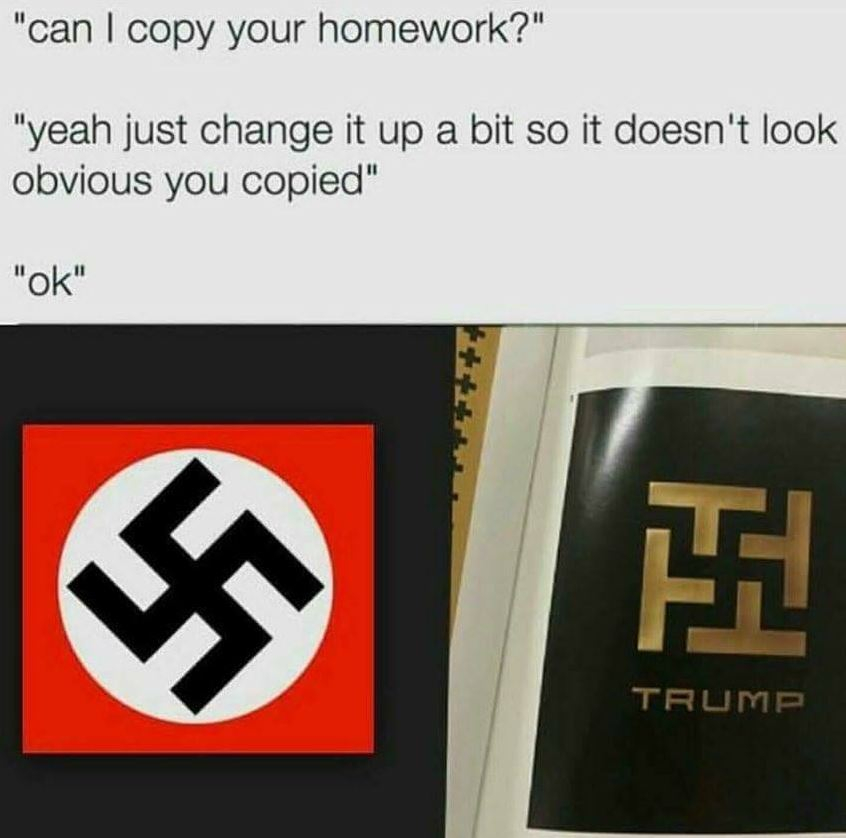 The photo of Ivanka Trump actually shows her standing with Tony Spurlock, Sheriff of Douglas County, Colorado. The sheriff shared the photo on his personal Twitter account on July 22, 2019.

Thrilled to visit with Ivanka Trump again during her visit to Colorado. Thankful for her support for law enforcement! pic.twitter.com/QRrCHHjPgI

Ivanka Trump also visited a Lockheed Martin facility in Colorado on July 22 and in this video released by the White House, clearly show that Trump’s sweater does not include a logo.

The image used to doctor the photo of Trump was originally created by graphic designers Mark Fox and Angie Wang. The professors at the California College of the Arts in San Francisco confirmed in a call with AFP that the design is named Trump Gold-Plated and was created in August 2016, before the US presidential election.

The image is described here: “Composed of four T monograms, the poster uses the visual tension between foreground and background to reveal the metaphoric negative spaces created by Trump’s divisive rhetoric.”

“We issued this poster really as a warning to America,” Wang said. “Perhaps after the election it became more of a protest.”

“I was very surprised to see the image because I thought people had forgotten about the piece,” Wang said of the doctored photo of the president’s daughter.

Fox seemed less surprised, telling AFP that the appropriation of their design was to be expected.

“That’s the nature of design, but it’s also what happens when you have technology that enables you to do it and then disseminate what you create rather easily.”

Woman bites police officer to save son from arrest

Man booked for pouring acid on wife in Karachi