Man dials 911 by mistake, gets arrested

MONTREAL: A Canadian man got more than he bargained for when he tried to call information — he got arrested.

The 73-year-old resident of Chebogue, a town in Nova Scotia, inadvertently dialed the 911 emergency hotline when he intended to dial 411 for information.

The man told operators he had misdialled but police responded anyway to check on him. That’s when they found 100 firearms — 94 long guns and six handguns. 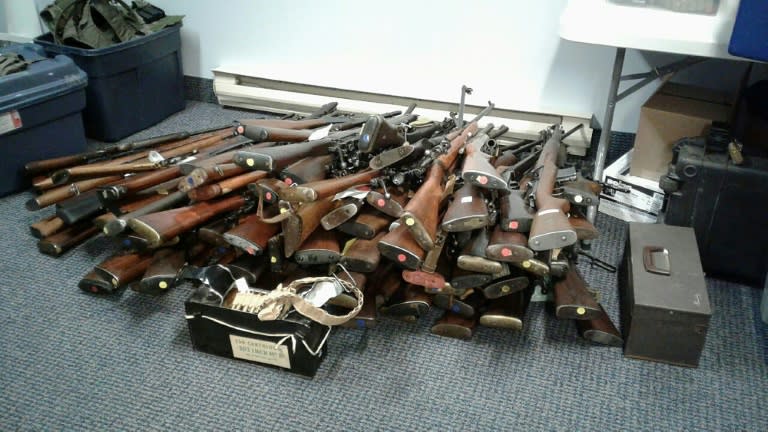 The firearms were confiscated and the man was arrested on Monday for unsafe storage of a firearm.

“It is unusual for us to discover something completely different when we arrive,” Nova Scotia police spokeswoman Jennifer Clarke told AFP.

“They were basically in plain view throughout the house. As soon as our officers went into the home with permission, they saw the firearms.”

The man, who was not named, has been released and will appear in a provincial court on October 5.