LONDON: Joe Biden’s U.S. presidential election win and a promising vaccine breakthrough have combined to propel global stock markets to record highs in the last week, upending the virus-led investment strategies that have been in play since March.

From airline shares to commodity currencies, investors have stormed into riskier market segments as the election outcome and the likelihood of a COVID-19 vaccine becoming available by early 2021 have brightened the outlook for the world economy.

Here are seven charts showing the shift in sentiment over the last one week:

1/ A SHADE OF BLUE IN GREEN STOCKS

Global renewable energy stocks have surged as Biden’s promise to set a U.S. goal for net-zero emissions by 2050 amplifies the rush sparked by the European Union earlier this year when it earmarked a chunk of is planned spending splurge for green investments. Jointly, green spending could be worth trillions of dollars in coming years. 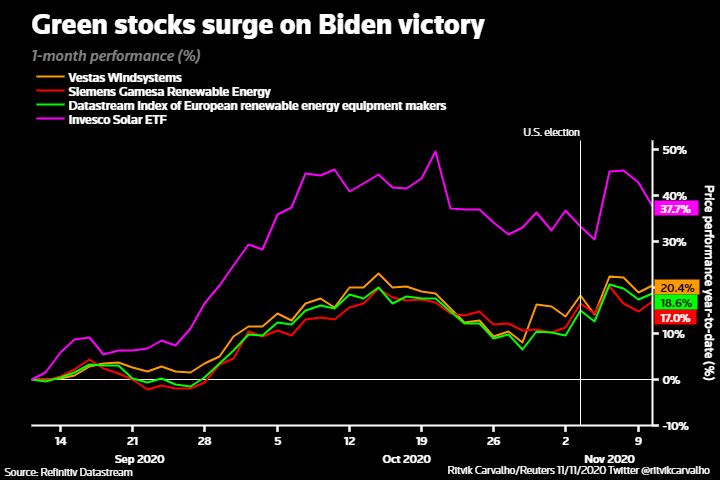 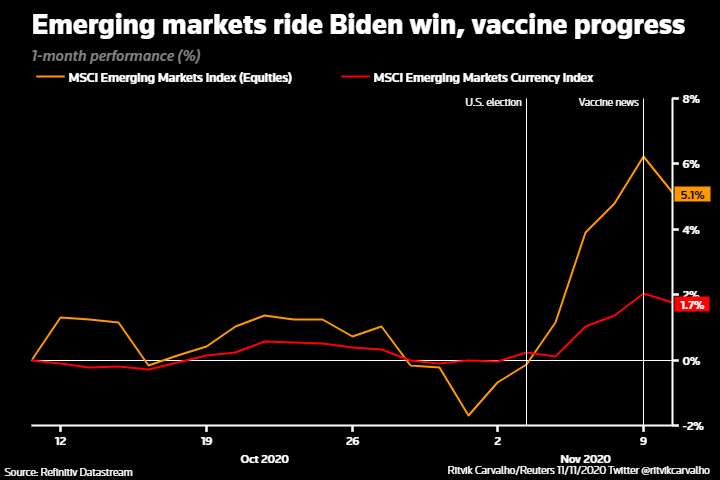 The CBOE’s VIX volatility Index .VIX, known as Wall Street’s “fear gauge”, is hovering near August lows as greater clarity on the outcome of the U.S. presidential election induced investors to unwind bets on a jump in volatility. 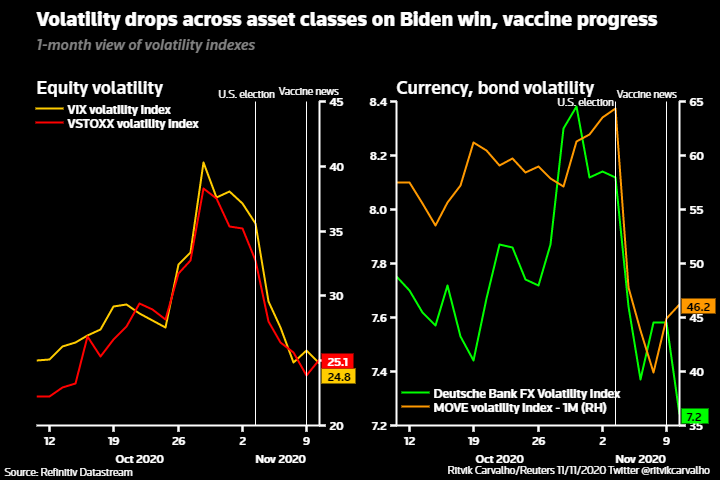 Investors have flocked into so-called cyclical companies such as airlines and banks that benefit from economic recoveries. 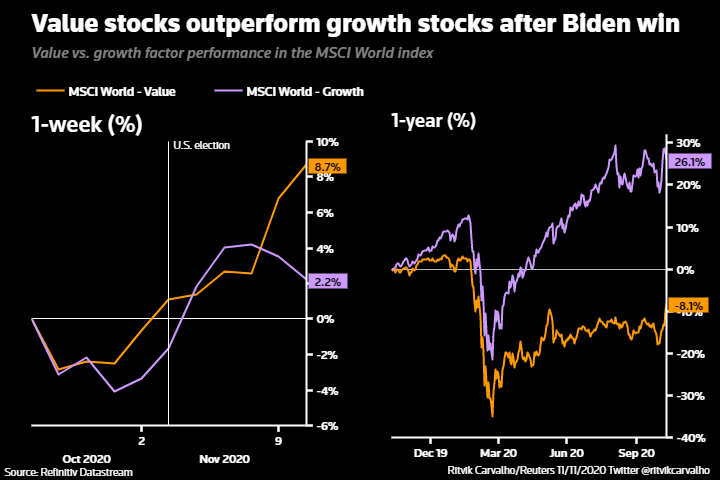 Global stocks as measured by an MSCI index .MIWD00000PUS have leapt to record highs, up 8% since Nov 4. Global airlines have soared 16% following recent vaccine news. 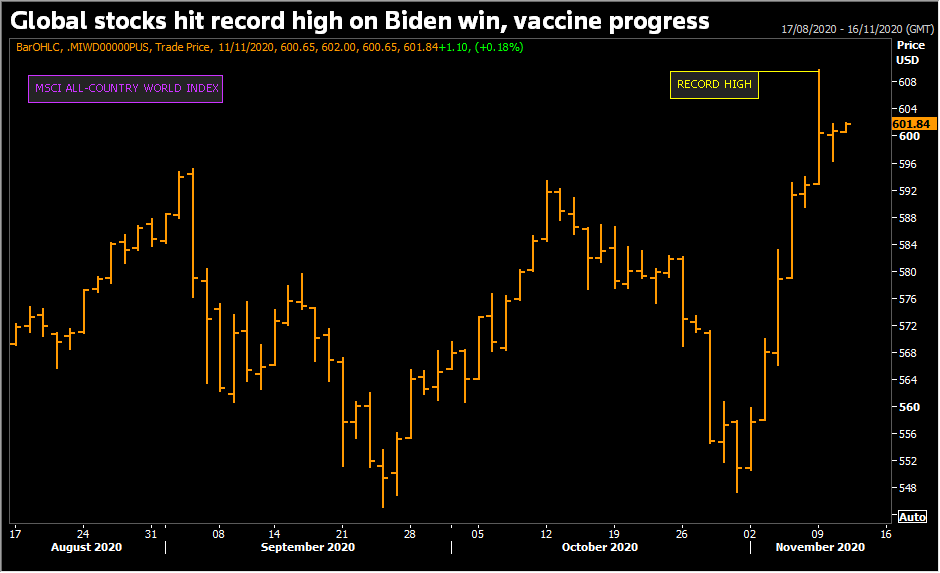 Commodity currencies have been among the week’s top gainers. Oil exporting Norway’s currency NOK=D3 strengthened nearly 4% over the past week while the Australian dollar AUD=D3 rallied more than 1.5%. Safe havens such as the Japanese yen JPY=EBS, Swiss franc CHF=EBS and the U.S. dollar =USD are down. 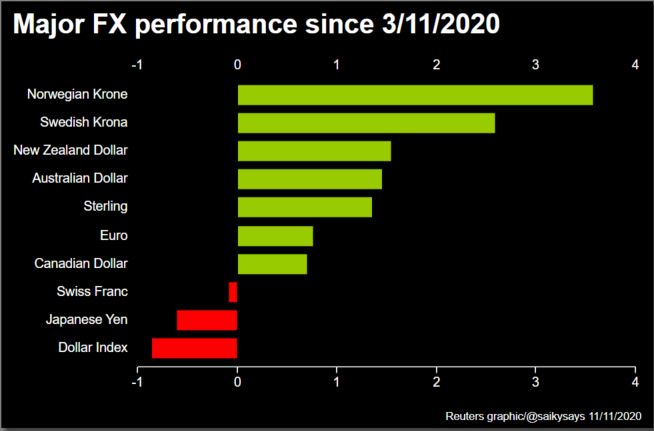 The flip side? A selloff in government debt – 10-year U.S. and German bond yields are set for their biggest weekly rise since June.

Ten-year Treasury yields now stand just a whisker below 1%, the level they dropped below in March for the first time ever, when coronavirus panic gripped world markets.