ISLAMABAD: Prime Minister Nawaz Sharif on Tuesday said that cricketers who make the nation proud are the real heroes and leaders of the country, ARY News reported.

Addressing a reception in honour of national cricket team that won champions trophy defeating India at Oval in Islamabad this evening.

“It makes me happy see you here on my invitation. Like the whole nation, I too wanted to see you all, you people are the real heroes and real leaders of the country,” said the PM.

He said the government is making untiring efforts to complete power plants in the country at a fast track to cope with electricity shortage.

The Prime Minister said that with the prudent policies of the government and resolve of the nation, backbone of terrorists has been broken.

He said future is Pakistan’s sports and every nation is welcomed to come to Pakistan to play games, but we will not beg any favor from them.

He said players are the real heroes and leaders of the country. He lauded the Pakistan cricket team for making the nation proud by winning the ICC Champions trophy. 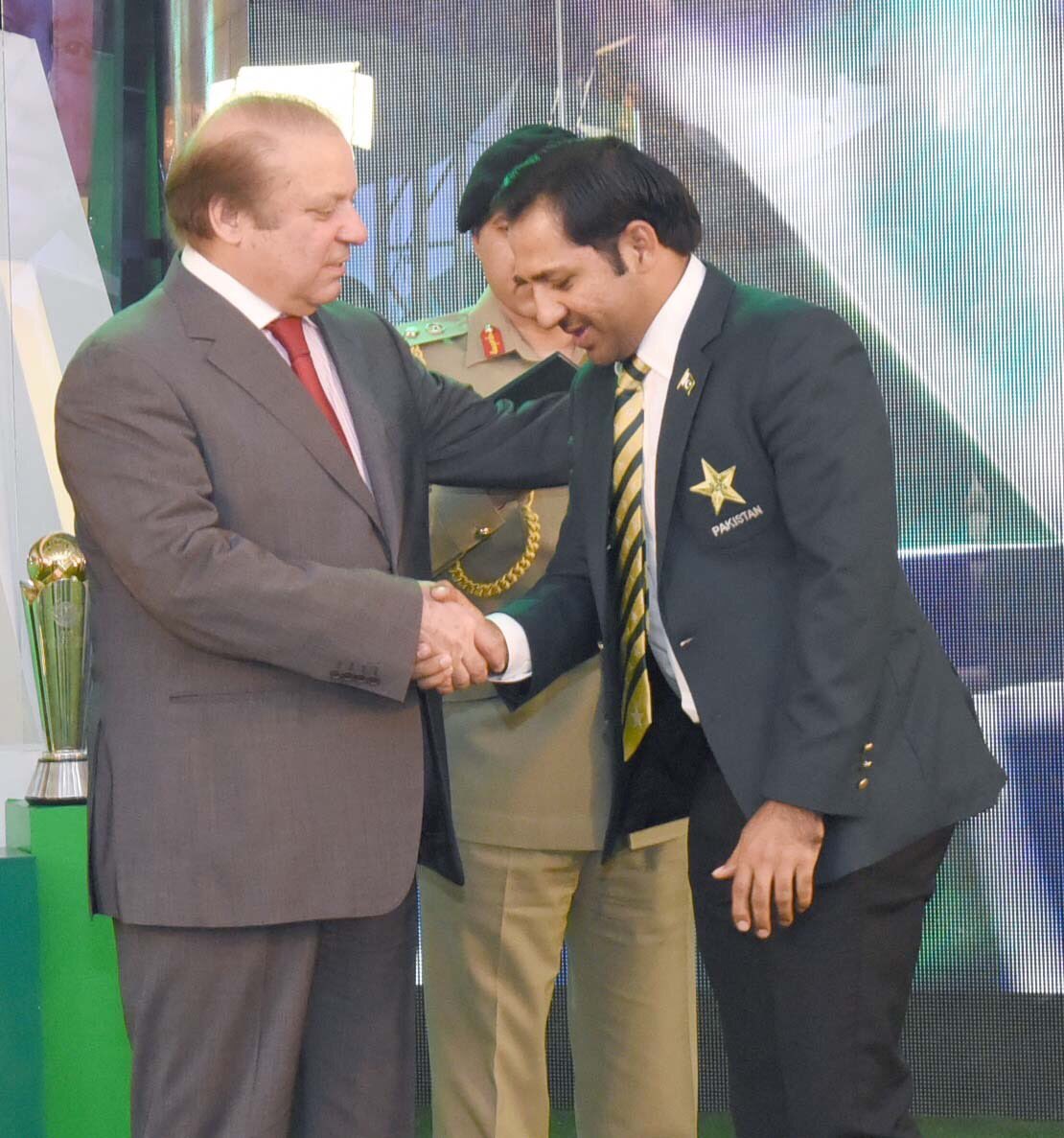 He said Pakistan is a resilient nation, who have defeated terrorism and sports is the best way to showcase this ability.

He said victory in ICC champion’s trophy has united and rejoiced the entire nation.

At the end, the prime minister also gave away awards to the winning team members.