A video ad from US President Donald Trump’s campaign claims to show his Democratic rival Joe Biden hiding alone in his basement. But images it features have been doctored; one actually pictures Biden with a group of people, and another was shot outdoors.

Deep in the heart of Delaware, Joe Biden sits in his basement. Alone. Hiding. Diminished,” says a narrator in the ad, which was tweeted by the Trump campaign’s official account on August 5, 2020.

Deep in the heart of Delaware, Joe Biden sits in his basement.

Trump’s campaign has repeatedly accused Biden — who has limited his public appearances during the deadly coronavirus pandemic — of “hiding.” The US president has meanwhile campaigned from the White House, and held a controversial rally in June.

In the ad, the words “Alone” and “Hiding” appear on a photo that seems to show an isolated Biden sitting on the floor.

But it has been darkened, and it has been cropped to exclude the group of people who appeared in the original, which was shot by Liz Martin for The Gazette in December 2019. The Iowa newspaper said the image was used without its permission. 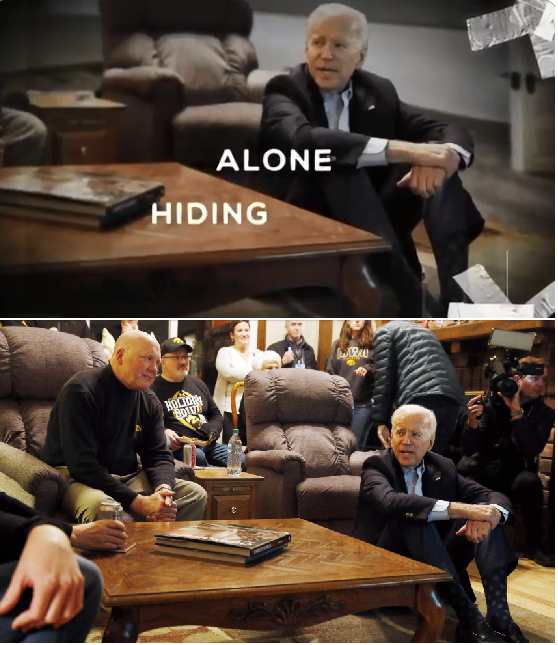 The word “Diminished” then appears on another image of Biden, which seems to show him indoors with a hand raised to his forehead.

But the outdoors background in the original — shot by Mark Peterson for an October 2019 POLITICO article — has been removed, as has the microphone Biden was holding. 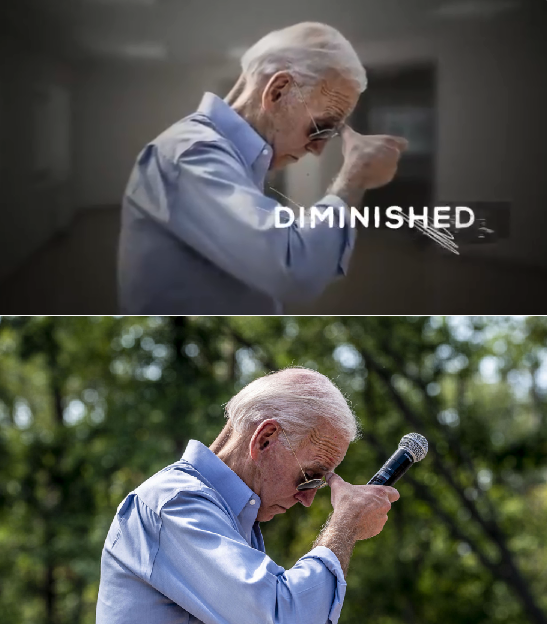 Hike in prices of 94 life-saving drugs by DRAP ‘inevitable’: SAPM

Careem allows 90% of its workforce to work from home.