According to a survey, Erdogan has emerged as the most popular Muslim leader in the world at 30% rating. 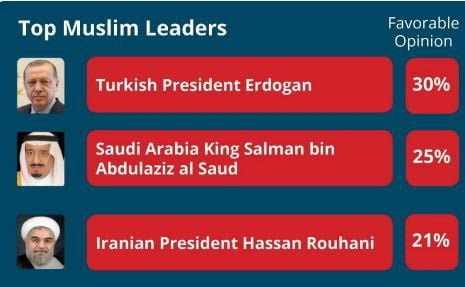 Saudi Crown Prince Mohammed bin Salman comes in second at 25% and President Rouhani of Iran finishes at number three with a 21% rating.

Merkel of Germany at 46% leads the world followed by Macron of France at 40%, Putin at 36%, Trump at 31% and Erdogan of Turkey at 30%. These emerge as the top five global leaders. 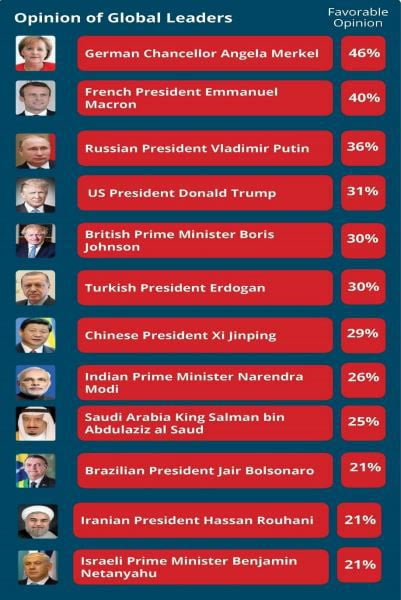 Turkish President Recep Tayyip Erdogan on Thursday arrived in Islamabad on a two-day official visit over the invitation of Prime Minister Imran Khan.

He was greeted by a guard of honour upon his arrival at PM House.  Turk president also addressed the joint sitting of parliament in Islamabad here on Friday.

BJP lawmaker among seven accused in UP rape case

Ghost ship finally gets an ‘owner’