WATCH: Calf born with one eye and no nose sparks frenzy

Video of a a mutant calf born with just one massive eye and no nose is going viral in India with reports doing rounds that the calf is being worshiped.

Reports say the calf was rejected by its mother but then adopted by locals who are now caring for it and some are even worshiping the poor creature. 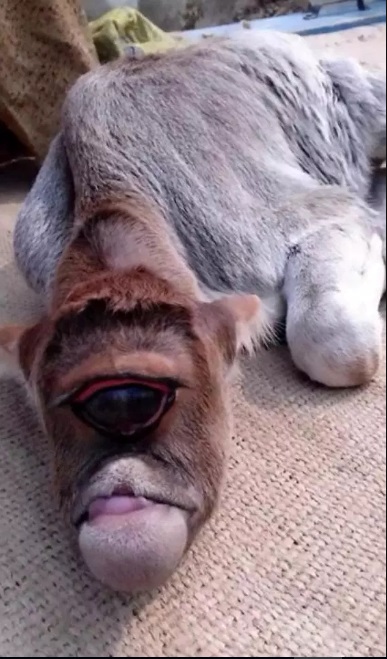 Late last year, people were stunned and shocked after the footage of the bizarre mutant goat from India.

The freakish animal appeared to have the facial structure of a human, but with the rest of the body resembling a goat.

The animal’s lips appear to be bent upwards, forming a pout on its face. The nose also resembles that of a human’s rather than the snout of a goat.

The pictures were uploaded on social media by Samiraa Aissa, who shared the weird snaps with her friends on Facebook.