Reham Khan attended the National assembly session that led to the impeachment of Former Prime Minister Imran Khan as a result of a vote of no-confidence. She also shared a photo of herself in the Assembly corridors over social media platforms. Actress Aiman Khan also took to her Instagram to show her anger over Rehman Khan and commented “Sabiq be-rehem” over her photo.

He reacted to a Tweet by Reham in which she said “All these actors giving endorsements to the Kuptaan had better get heavy investments for their film projects.” 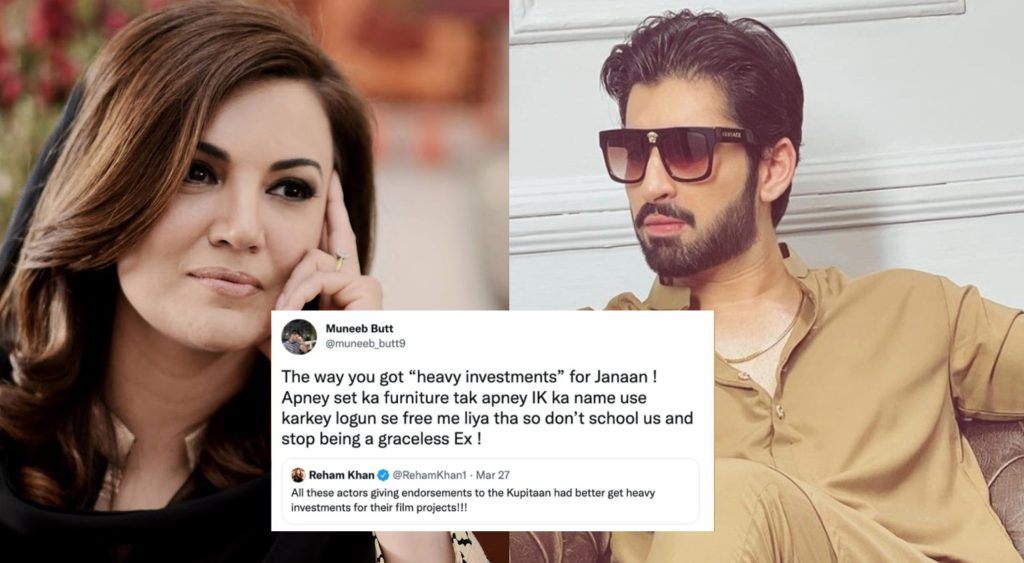 He added that Reham Khan does not have the ground to morally police anyone and suggested her to stop being a “graceless ex”.

A slap, a maverick and some ABBAtars: The Hollywood roundup for 2022