Islamabad: The Election Commission of Pakistan (ECP) has announced the establishment of unfinalized voter list display centres across the country, ARY News reported.

According to the ECP, the lists have been displayed for people’s verification, voters can verify their and their family’s voter registration and other details.

The display centres would remain operational from May 21 to June 19, 2022. Voters can choose to register their voter at their permanent or temporary address. 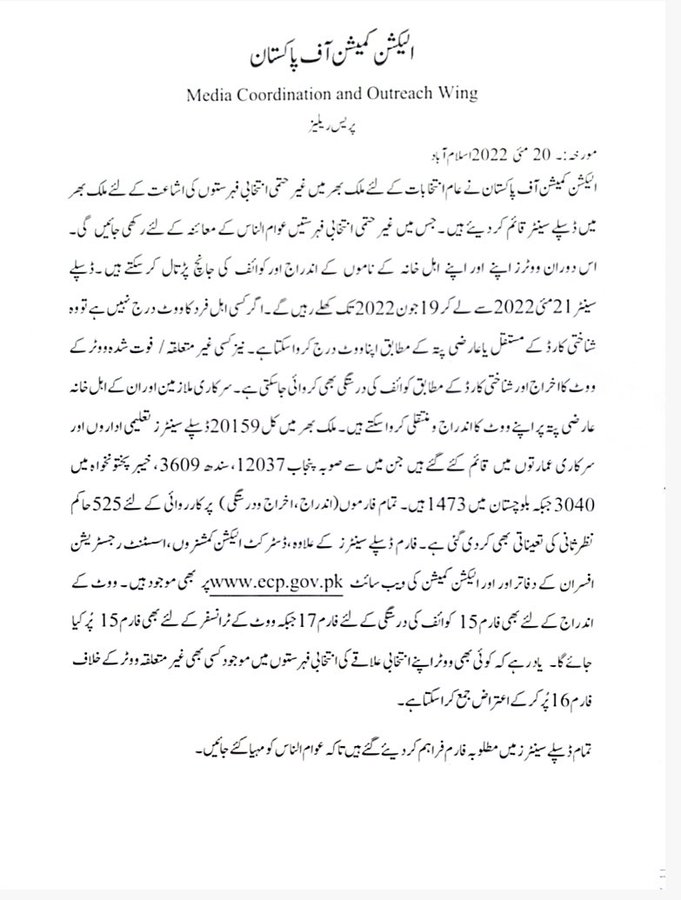 ARY being punished for standing with the truth: Salman Iqbal