Pakistani pacer Hassan Ali, who recently married Indian-origin girl Samiya Arzoo in Dubai, has given his fans a rare treat.

The fast bowler’s wedding photographer shared a video of his wedding day giving all his fans a rare insight into how the event, the greatest of his life, was captured on camera.

The video also has short interviews of both Samiya and Hassan as they shared how they felt on their big day and why they chose each other.

“It was the most special moment for me, the way I was preparing for the wedding and the feelings around it, it was unforgettable,” Samiya Arzoo can be seen saying in the video.

All in all, the video has all the special moments from their wedding and is going viral on social media.

Hassan Ali tied the nuptial knot with Samiya at a seven-star hotel in Dubai earlier this month. 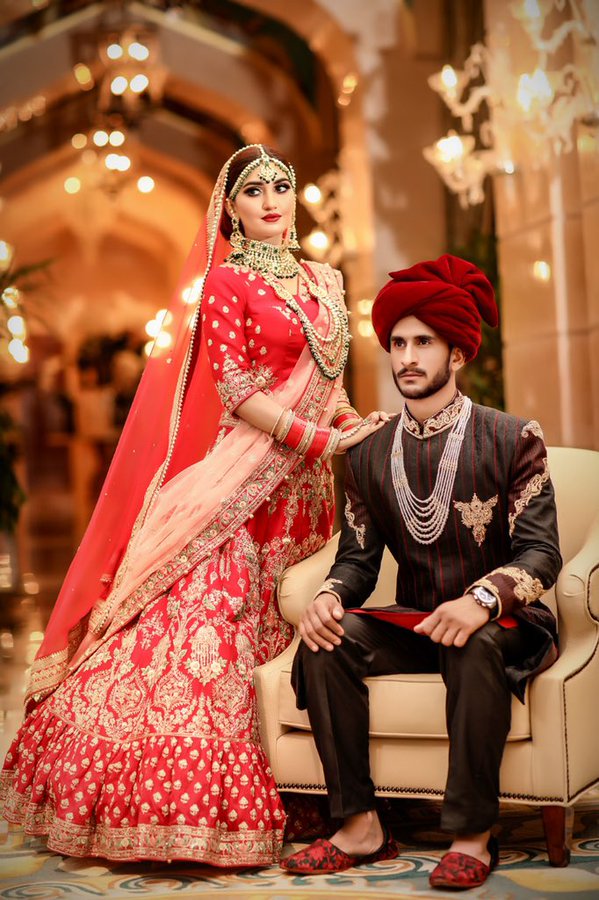 The wedding ceremony, which was held at one of the most expensive hotels, was attended by Hassan’s close friends and relatives. Middle Eastern and South Asian cuisine, including steamed mutton, basmati rice, vegetable Peshawari, achari masalah, aalu methi, Punjabi gosht, and Arabic mixed grill, was served to the guests.

Thanks for such a delicious dinner Shoaib bhai and sania bhabi. See you soon again.#firstweddingdawat