KARACHI: Sindh’s top cop Mushtaq Mehar has Friday written a letter to the cyber crime wing over the fake yet popular social media accounts of Sindh Police running rife unauthorized by the department but under its name and logo, ARY News reported.

Inspector-General of Police Mehar wrote in a letter to the Federal Investigation Agency (FIA) that all the Sindh Police accounts on Facebook, Twitter, YouTube and Instagram are run by unknown individuals and have nothing to do with the police offices. 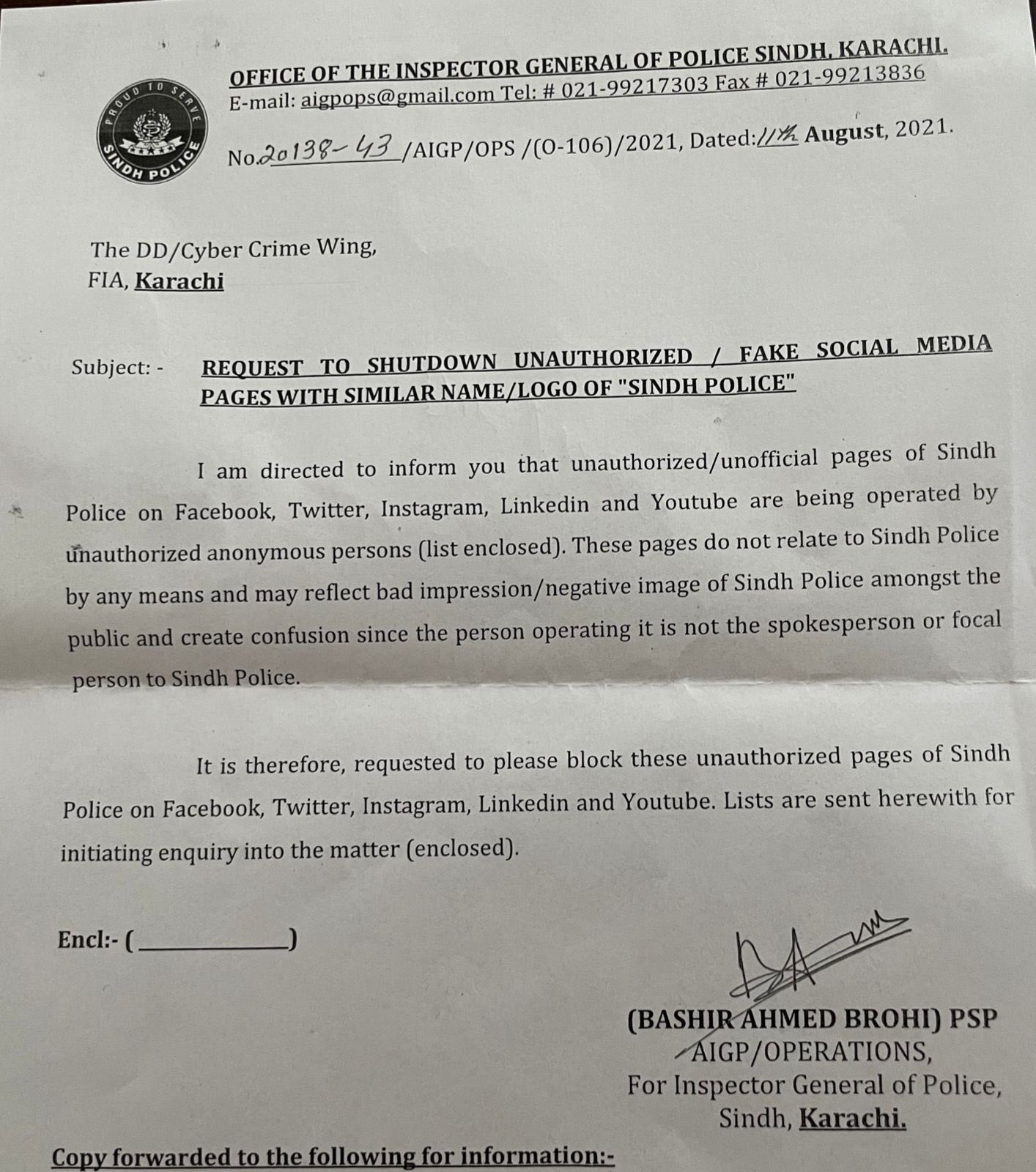 All these accounts are run by unknown people, Sindh IG Mehar disavows them and tells FIA to move against them.

Block these accounts, he writes in the FIA-bound letter. These accounts spread fake and unauthorized information that is believed to be true and authentic and thus creates confusion and nuisance.

The top cop also attached a list of such accounts with the letter requesting the department to shut them down. 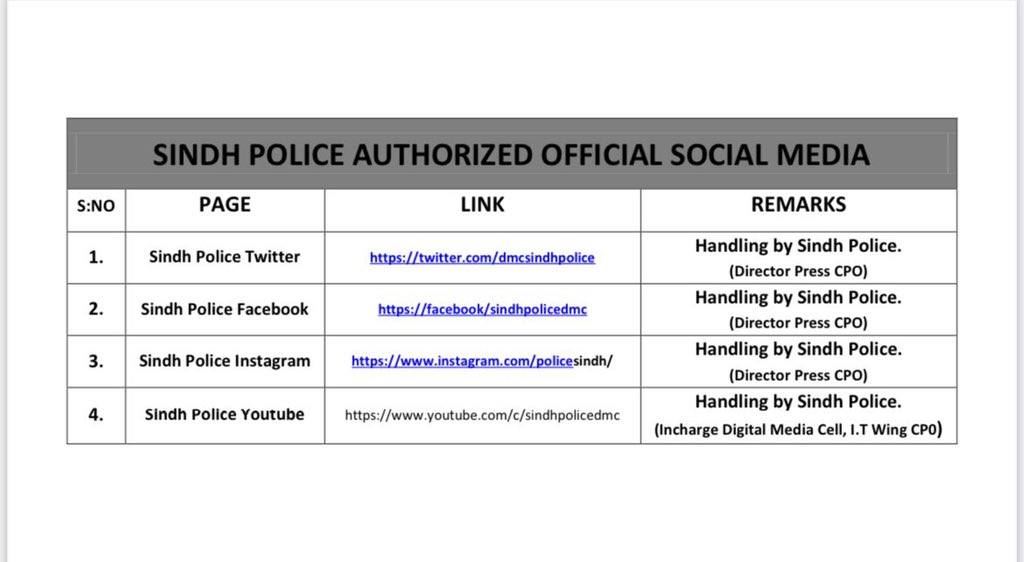 He asked the cybercrime watchdog to launch an inquiry into the people and their intentions of running these accounts.

Earlier in a dissimilar development on the part of FIA, the white-collar crime busting agency has thwarted a racket involved in making fake COVID-19 vaccination certificates in the federal capital.

The cybercrime wing of the FIA arrested a man named Amjad Khan who was selling fake COVID-19 vaccination certificates for the people willing to travel abroad.

The accused was receiving fees for the vaccination certificates online. Upon identification of Amjad, travel agent Shahab Khan, who is a crime in partner with the accused.

‘Amnesty International to be approached...