At least 22 members of Indian security forces were killed, 32 injured in a four-hour-long encounter with Maoists that took place on Saturday afternoon in the central Indian state of Chhattisgarh.

Security personnel belonging to the Central Reserve Police Force’s elite CoBRA unit, the District Reserve Guard, and the Special Task Force were attacked on Saturday in the tribal-dominated Chhattisgarh state during an anti-insurgency operation.

“We can confirm that 22 of Indian force members have been killed by Moaist fighters,” said a senior government official in Raipur, the capital of mineral-rich Chhattisgarh.

A senior police officer from Bastar said “chances of survival of missing soldiers are slim, but we are hopeful of finding them alive”.

#WATCH | On ground visuals from the site of Naxal attack at Sukma-Bijapur border in Chhattisgarh; 22 security personnel have lost their lives in the attack pic.twitter.com/nulO8I2GKn

Maoists have reportedly suffered a huge loss in the gunfight, but the body of only one woman Maoists could be recovered from the spot amid the heavy exchange of fire.

More than 10,000 have been killed since the year 2000, according to data from the South Asia Terrorism Portal.

The Maoists, also known as Naxalites because their left-wing rebellion began in 1967 in the Naxalbari village of the eastern West Bengal state, have ambushed police, destroyed government offices and abducted officials. 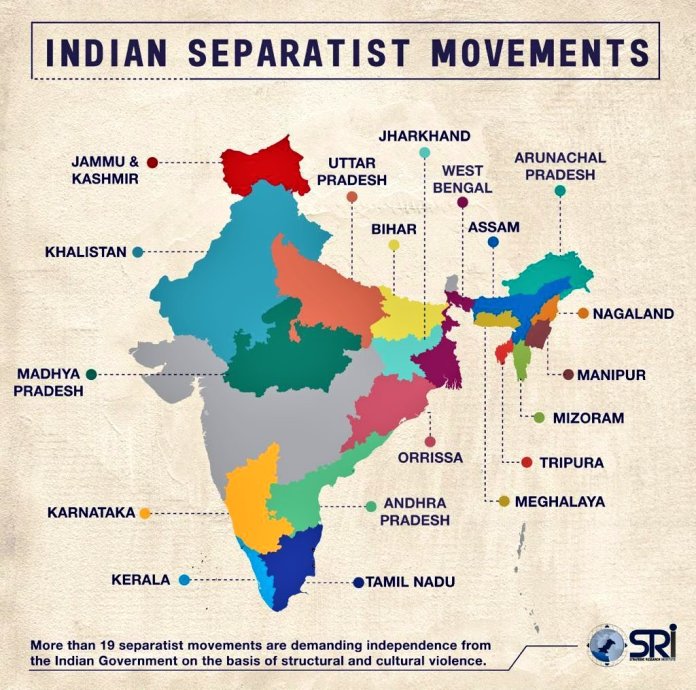 Last month, a roadside bomb killed at least four policemen and wounded 14 in the Narayanpur district of Chhattisgarh state as they were returning from an anti-Maoist operation.

It is pertinent to mention here that more than 19 separatist movements demanding independence from India due to religious, social, cultural persecution by the extremist BJP regime, pursuing a Hindutva ideology.