Pakistan’s biggest game show again surpassed all by getting highest ever slot ratings by any television channel in Pakistan on Friday, ARY News reported.

Yes, Jeeto Pakistan hosted by Fahad Mustafa, not only remained on top from 1st to 5th Ramadan but on 6th Ramadan, Friday, the show broke the record of highest ever slot ratings by any television channel in Pakistan by securing 20.1 television rating points on its slot (7:30 to 10:30 PM). 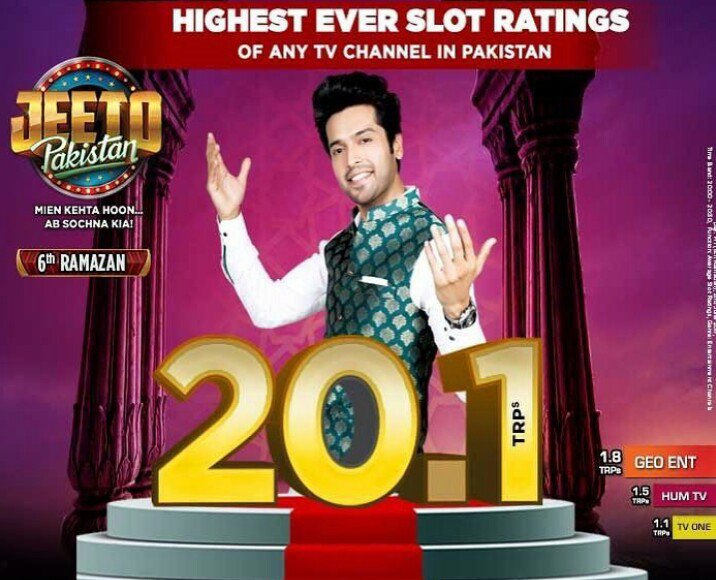 Fahad Mustafa again beat all others on Sunday.

So, as far as ratings are concerned, one can say that ‘Jeeto Pakistan’ emerged as the victor in the Pakistan-India clash. 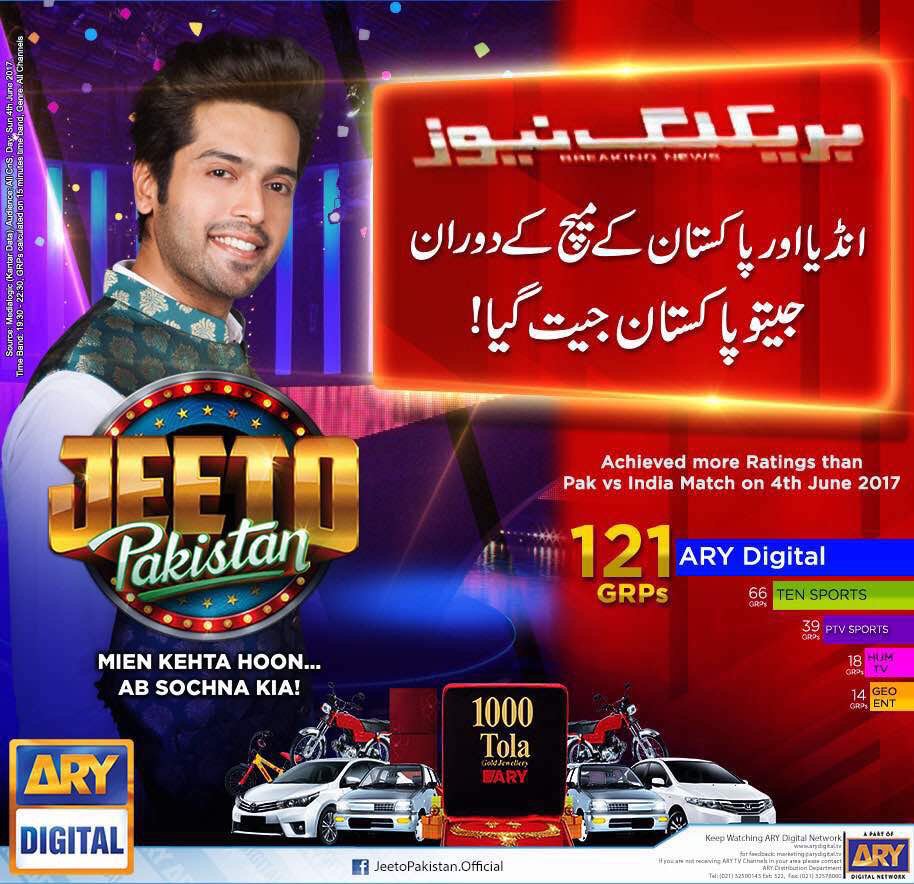 The ARY Digital show’s ever growing ratings made everyone congratulate President and CEO of ARY Digital Network Salman Iqbal and Fahad Mustafa on achieving the rare feats no other TV show has achieved in Pakistan.

Here are some of the top tweets.

Another private airline gets cabinet...