A notification issued by the home department stated that Tuesday, October 19, will be a province-wide holiday.

“The Government of Sindh declares 12th Rabi-ul-Awal 1443 (A.H) on 19th October 2021 (Tuesday) as a public holiday throughout the province of Sindh on the occasion of Eid Miladun Nabi (PBUH) for all offices,” read the notification. 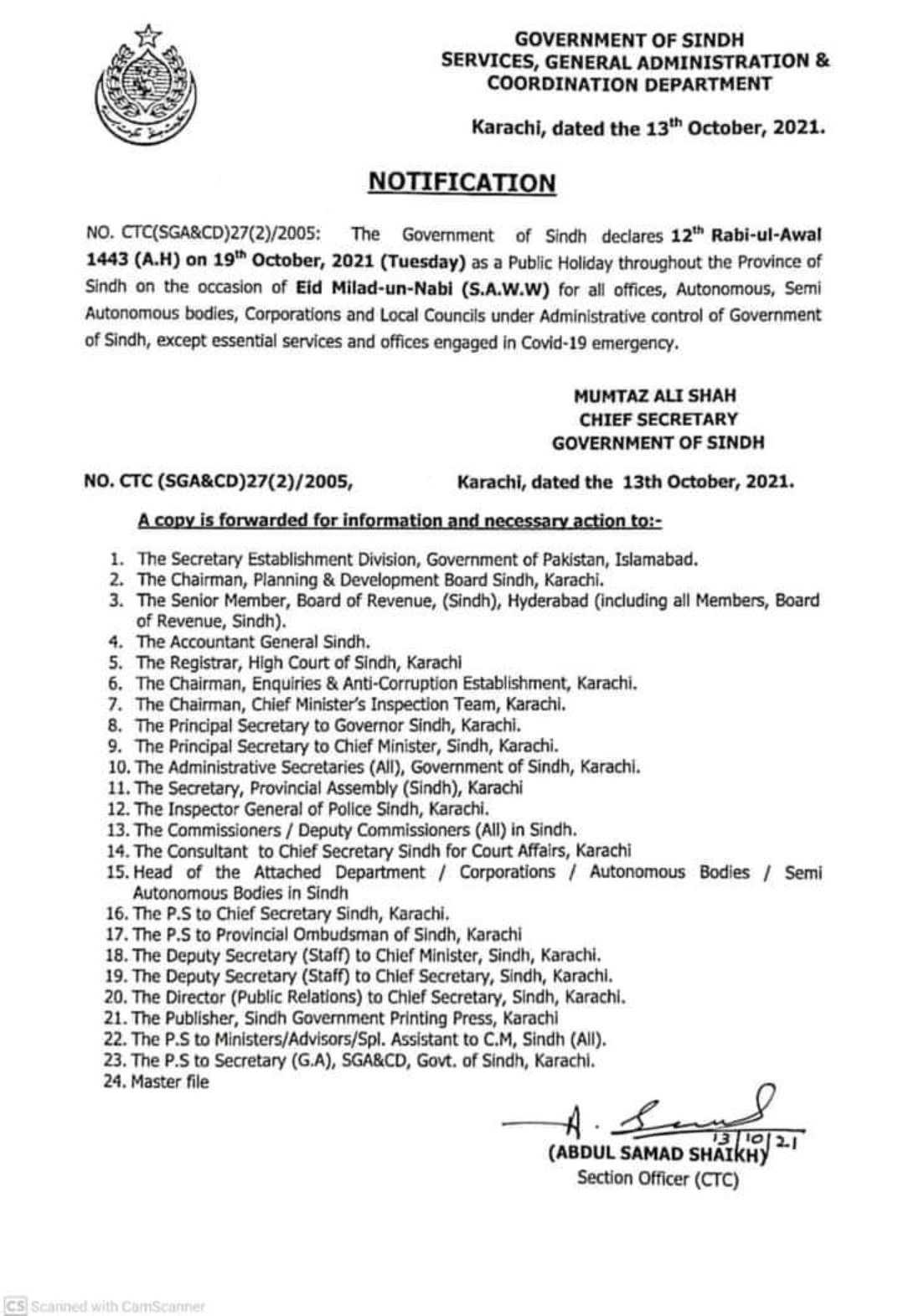 The government of Sindh on Monday announced to ban pillion riding on the occasion of Eid Miladun Nabi (PBUH) on October 19 across the province.

The order had been rolled out via a Sindh Home Department notification that said section 144 of the Criminal Procedure Code (CrPC) has been implemented on motorcycle pillion riding.

The order has few exceptions for the elderly, women, children (under 12 years of age) and the members of the press, according to the notification.

The crescent of Rabi ul Awwal 1443 AH, the third month of the Islamic Lunar Year, was sighted in Pakistan late last week and the Eid Milad-un-Nabi (PBUH) would fall on October 19 (Tuesday).

No country should allow its...

Imran Khan to not contest...

No country should allow its territory for perpetrating terrorism against Pakistan: FO