At least six people were killed and more than 200 injured on Sunday when several stands collapsed at a venue holding a bullfight in El Espinal, Colombia.

The spectators were watching the bullfight in El Espinal, Colombia — about 100 miles southwest of Bogota — on Sunday when several stands collapsed, the Tolima Civil Defense told ABC News.

El Espinal is about 100 miles southwest of the capital Bogota. The Tolima Civil Defense told ABC News that 10 of the people injured are in serious condition, and local media reports a child is among the dead. It’s not yet clear why the stands collapsed, and an investigation is underway.

The video shows the stand apparently filled with people as it crashes. Others on the ground run as the structure topples toward them. 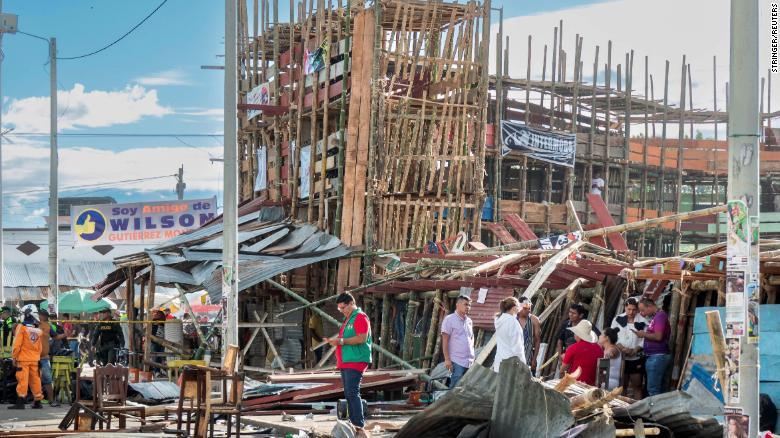 Colombia’s president-elect, Gustavo Petro, ended bullfighting in Bogota when he served as the city’s mayor, and has called for amateur bullfights to be banned in the country.

Jose Ricardo Orozco, the governor of Tolima, told reporters his local government will now move to ban bullfighting, saying it is dangerous and promotes animal abuse.