The heartrending photograph of a Syrian baby who lost an eye in an air strike has set off a viral social media campaign, with users sharing pictures of themselves covering one eye.

SOME IMAGES IN THIS POST ARE DISTURBING-VIEWER DISCRETION ADVISED

The shot depicts 40-day-old Karim Abdallah, wrapped in a puffy red jacket, with crescent-shaped scarring where his left eye should be and a dark red welt on his forehead.

An October 29 government air strike on a rebel bastion near Damascus severely wounded Karim and killed his mother, according to relatives and the doctor who treated him — and kicked off a worldwide support campaign.

Users are taking pictures of themselves covering one of their eyes and sharing them on Twitter and Facebook with the hashtag #SolidarityWithKarim. 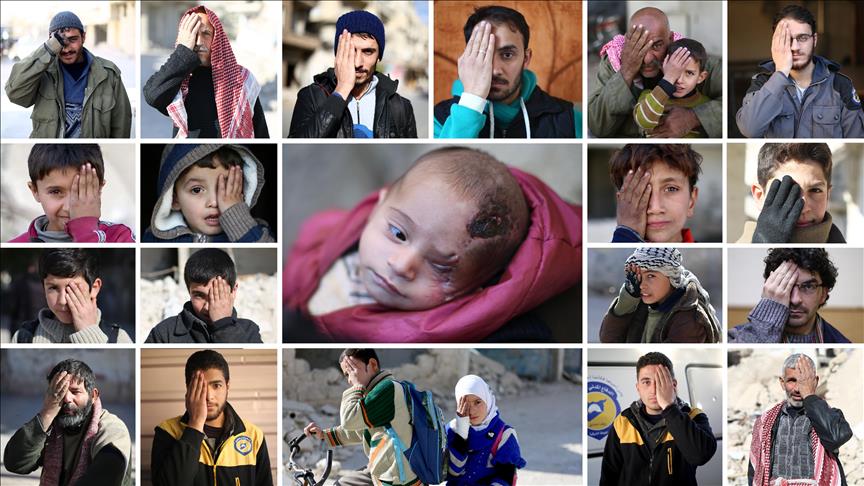 The campaign even reached the United Nations, where British ambassador Matthew Rycroft tweeted a photograph of himself at the Security Council, his right hand over his eye.

When we sit around the #UNSC & warn that inaction will mean more people are going to die. More schools bombed. More children scarred. This is what we mean.

We must see an end to the bombardment & siege of #EasternGhouta.#SolidarityWithKarim pic.twitter.com/8Io85VlDdF

“When we sit around the UNSC & warn that inaction will mean more people are going to die. More schools bombed. More children scarred. This is what we mean,” he wrote.

“We must see an end to the bombardment & siege of Eastern Ghouta.”

Government forces have besieged the rebel-held Eastern Ghouta region since 2013, restricting access to food and medicines for some 400,000 residents.

Eastern Ghouta is one of four “de-escalation” zones agreed in May in a bid to reduce fighting in some parts of the war-ravaged country, but the regime has ramped up bombing since mid-November. 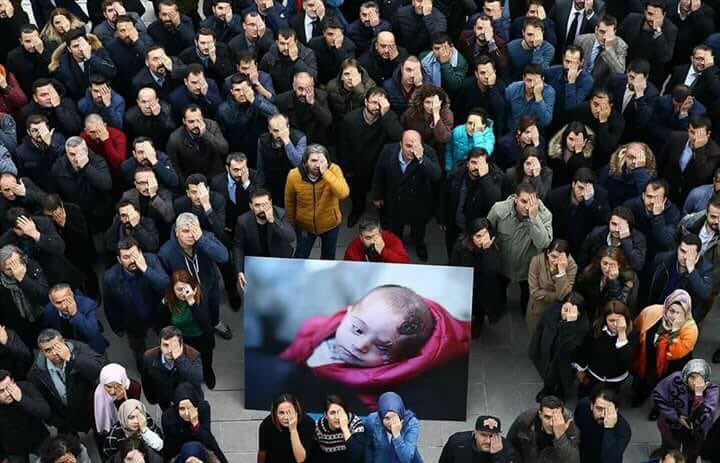 Photographs in solidarity with Karim have been posted by other Syrian children, journalists, activists and members of the White Helmets rescue service, which operates in rebel-controlled areas.

From inside the besieged eastern Ghouta I invite you Mr.@franequiza , who has highly appreciated humanitarian.
join us in our campaign please for karim#SolidarityWithKarim pic.twitter.com/2DDo1Nj1FU

Government ministers in Turkey, a supporter of the rebels, also took up the cause.

“Even if the world remains silent, and nobody hears the screams from Syria, we will be the voice, eye and ear” of baby Karim, tweeted Culture and Tourism Minister Numan Kurtulmus.

The campaign was launched by Amer Almohibany, a freelance photographer in Eastern Ghouta and occasional AFP contributor.

“I visited the baby, and he made his mark on me even before taking his picture. It haunted me,” said Almohibany, 28.

In mid-December, he published a photograph he took of Karim, before taking a picture of himself with his hand over his eye.

“The goal of the campaign is to… bring to the world the voice of this baby, who lost his eye and his mother,” he said. 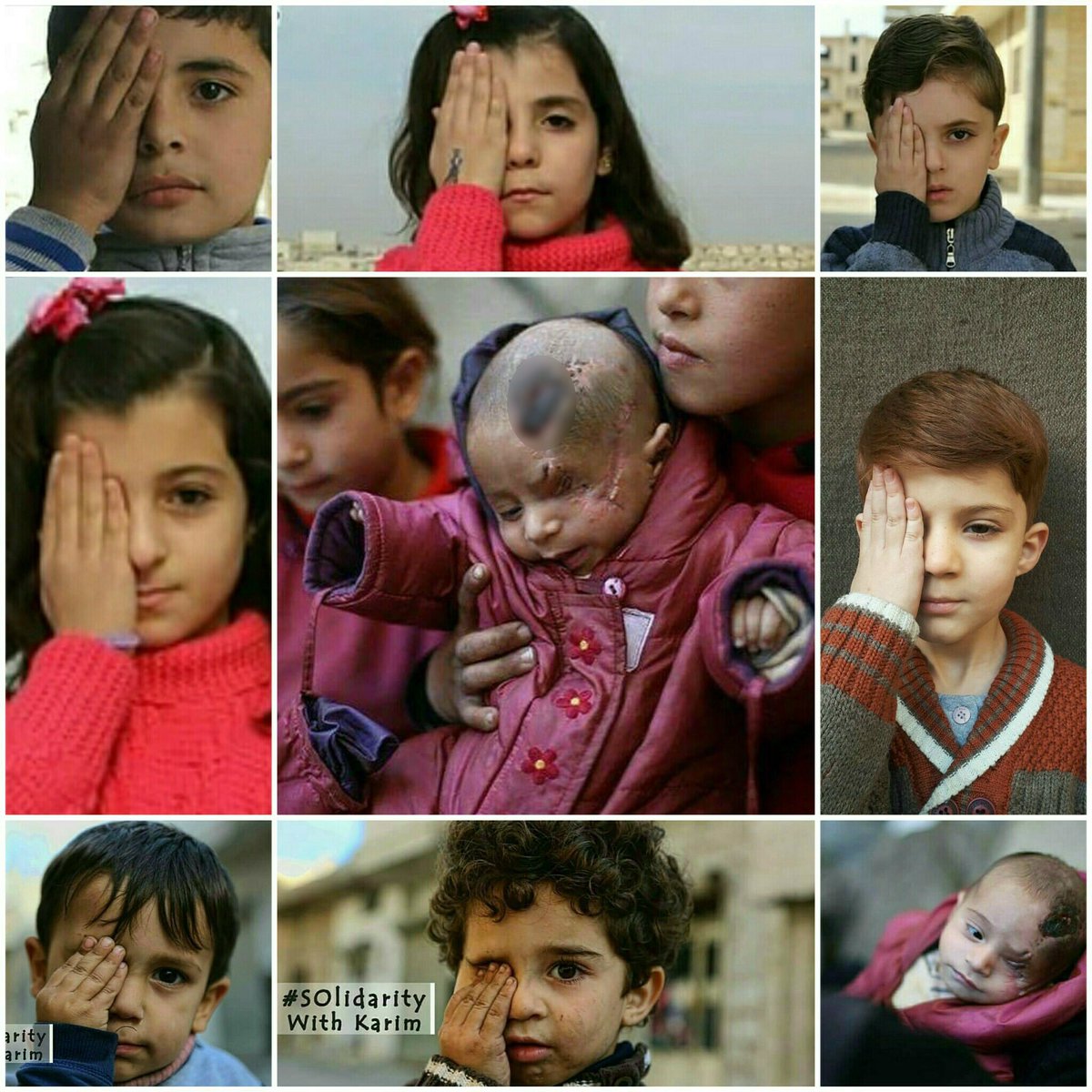 Almohibany was first inspired by Ghouta-based activist Qusay Noor, who posted an image in which he photoshopped his own eye out.

But he also drew inspiration from a similar campaign in support of five-year-old Buthaina Mansur, a Yemeni girl whose parents and five siblings were killed in a Saudi-led strike on Sanaa in August.

Here’s the real story behind...