Unaware of her father’s death due to COVID-19, a three-year-old child in India calls her father daily and waiting for his return.

In a heartwarming video the girl, Samia, 3, can be seen calling on her father’s cellphone.
Samia is the daughter of Sharan, a resident of Hosakpa in Bhadravati, Karnataka, India. Samia’s mother died when she was only one year old. Since then, Sharan, the father, had taken full responsibility for her, but now the little angel has lost her father due to the COVID-19.

Sharan was employed by a private company in Bangalore. At the time of the first lockdown, he returned to Shimoga and began working there. In addition to his job, Sharan started the Samskriti Foundation and continued to help the ill people.

When the second wave of Corona began, Sharan was busy informing the public about the pandemic and distributing masks, sanitizers and food kits to more than 10,000 people. During this time he contracted the deadly virus and later lost his life. Samia is now an orphan. 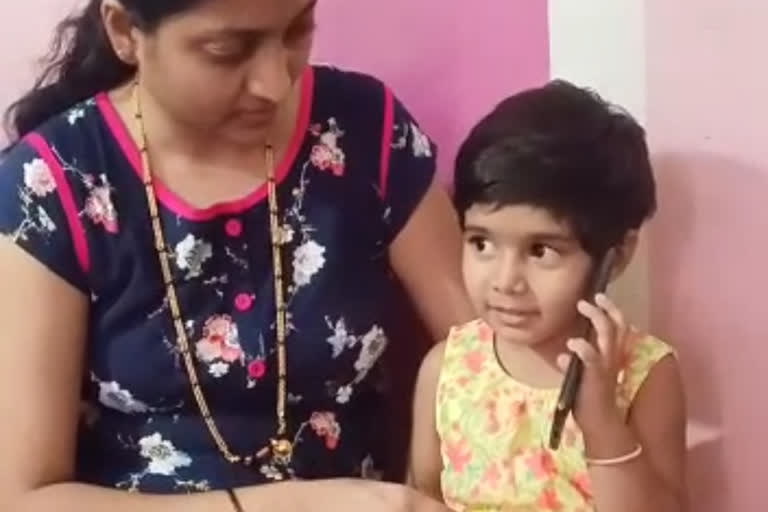 Samia now lives with Sharan’s sister (aunty). Since the death of her mother, Samia has been living with Akhila and now she considers Akhila as her mother.

Samia calls her dead father’s phone number 4 to 5 times a day. She is unaware of her father’s death and is still waiting for her father to come.