The video was shot by the navigation cameras attached to the top of the car-sized rover, which landed on the Red Planet in August 2012.

The images were taken from cameras mounted on the Curiosity rover, which continues to explore the red planet’s surface. The new images show the clouds moving in a way remarkably similar to those clouds on Earth.

They were shot last week and shared by Paul Byrne, a scientist at North Carolina State University.

The Curiosity Mars rover used its drill to capture a sample of rock near the formation, which the scientists dubbed ‘Nontron’–the mission’s 30th sample to date. 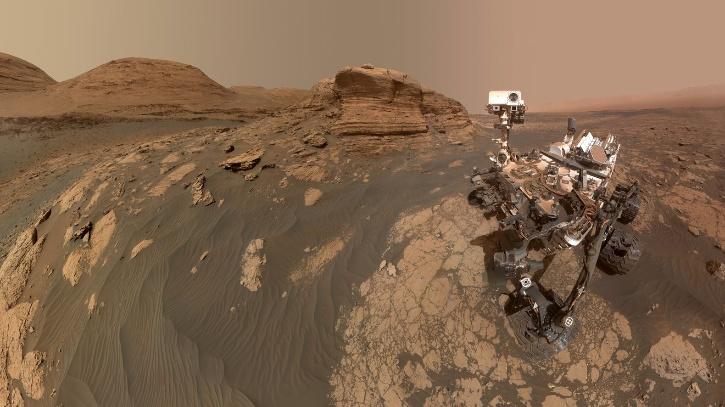 It is pertinent to mention here that NASA’s Mars Curiosity Rover had landed on the Red Planet in August 2012 to determine whether the Red Planet ever was, or is, habitable to microbial life.

The Curiosity Rover is about the size of a MINI Cooper car. It is equipped with 17 cameras, a robotic arm and includes a host of specialized laboratory-like tools and instruments.

The rover has spent over 8 years on the Martian surface and it is still operating properly and continues its mission to study and understand the Red Planet.