The committee through a notice has summoned PML-N in the foreign funding case on January 18 at 12:00pm, while the representative of PPP has been asked to appear before the scrutiny committee of the Election Commission of Pakistan at 2:00 pm.

The committee has also sent a notice to petitioner Farukh Habib, PPP’s Farhatullah Babar and PML-N’s Rana Muhamamd Afzal to appear before the committee for further proceedings. 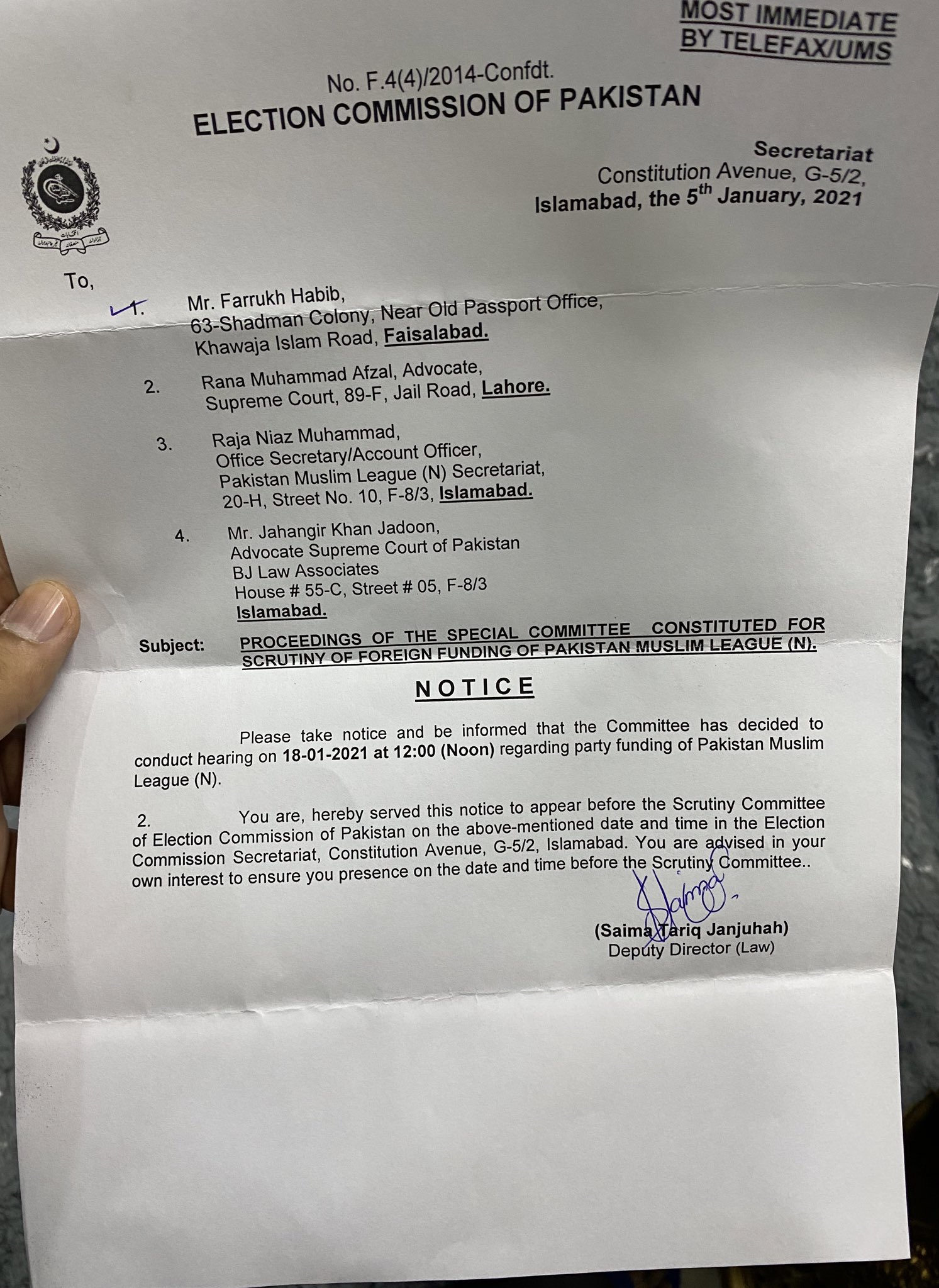 Last year in Nov,  the Election Commission of Pakistan (ECP) had launched an investigation against the Pakistan Peoples Party (PPP) and the Pakistan Muslim League-Nawaz (PML-N) over allegations of foreign funding. 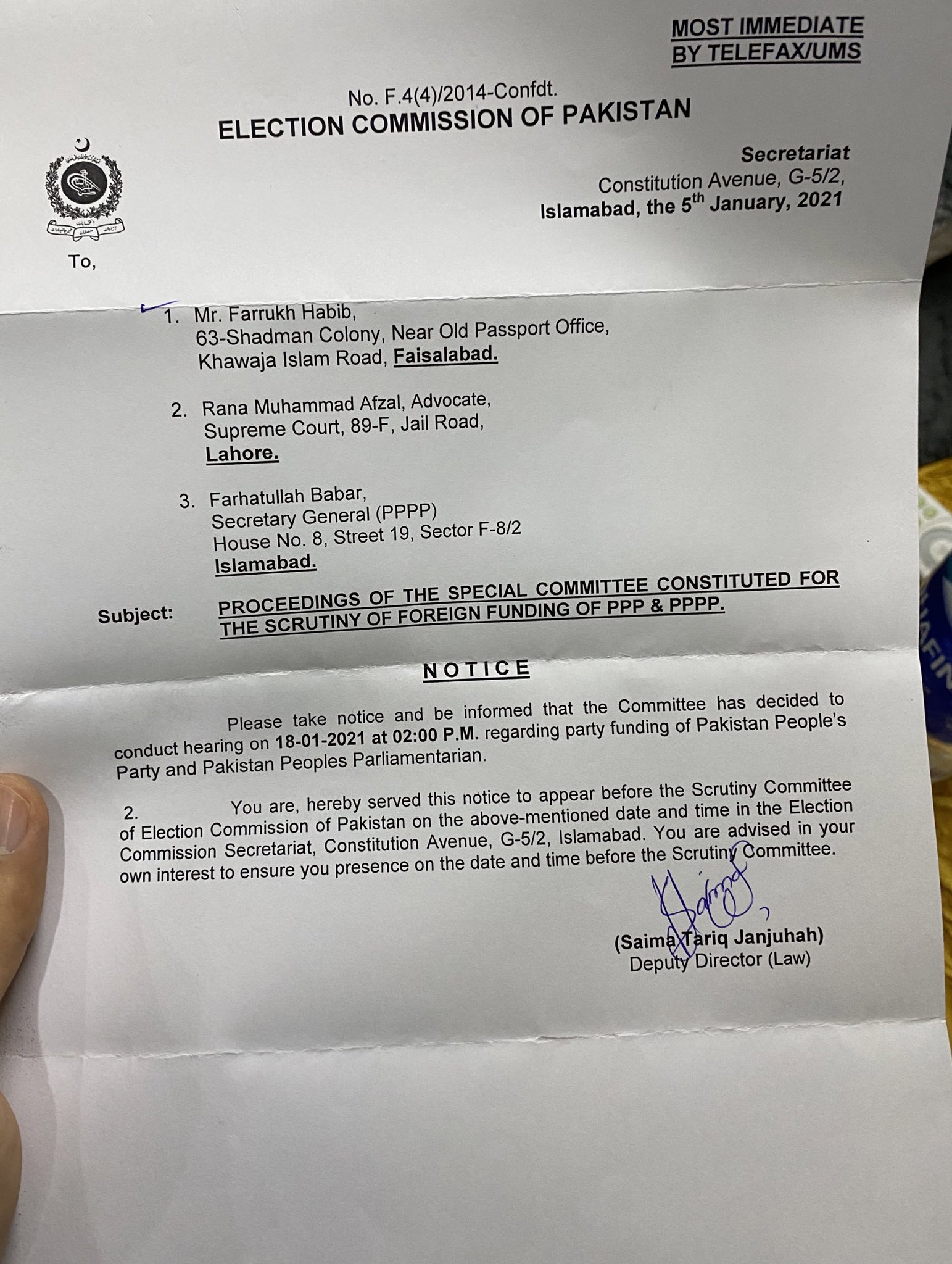 Pakistan Tehreek-e-Insaf leader Farrukh Habib filed a petition against the PPP and the PML-N at the ECP.