Next Karachi mayor will be from JI, claims Sirajul Haq

KARACHI: Jamaat-e-Islami (JI) Chief Senator Siraj-ul-Haq on Sunday claimed that the next Mayor Karachi would be from his party, ARY News reported.

Addressing participants of the’ Karachi rights’ march here in Karachi, the JI chief said that the next mayor Karachi would be from Jamaat-e-Islami if free and fair local government elections were held in the metropolis.

“Destruction of Karachi is Pakistan’s devastation,” said Siraj and added that federal and provincial governments did nothing for the better of Karachi and its citizens.

The JI chief demanded immediate transparent local bodies elections in the city and called for a proper legislation in this regard.

Sirajul Haq also demanded the government to provide jobs to people of Karachi on merit basis as Karachiites being ignored completely in the appointment of jobs.

“We have our reservations over census results of Karachi… There is no clean water for drinking purpose in the city and drainage system has collapsed completely.”

“People of Karachi have become tired of the linguistic politics of the PPP and MQM and they will never accept this anymore,” he added.

Senator Sirajul Haq asked citizens of Karachi to come out from their houses in order to get their rights. He announced that his party will hold countrywide protests on October 14 in solidarity with the people of Karachi.

The ‘Karachi rights’ march, organised by Jamaat-e-Islami (JI) on Shahrah-e-Quaideen was attended by thousands of people. The JI had intensified political activities during the past several days to make the march successful and show the party’s strength in the city. 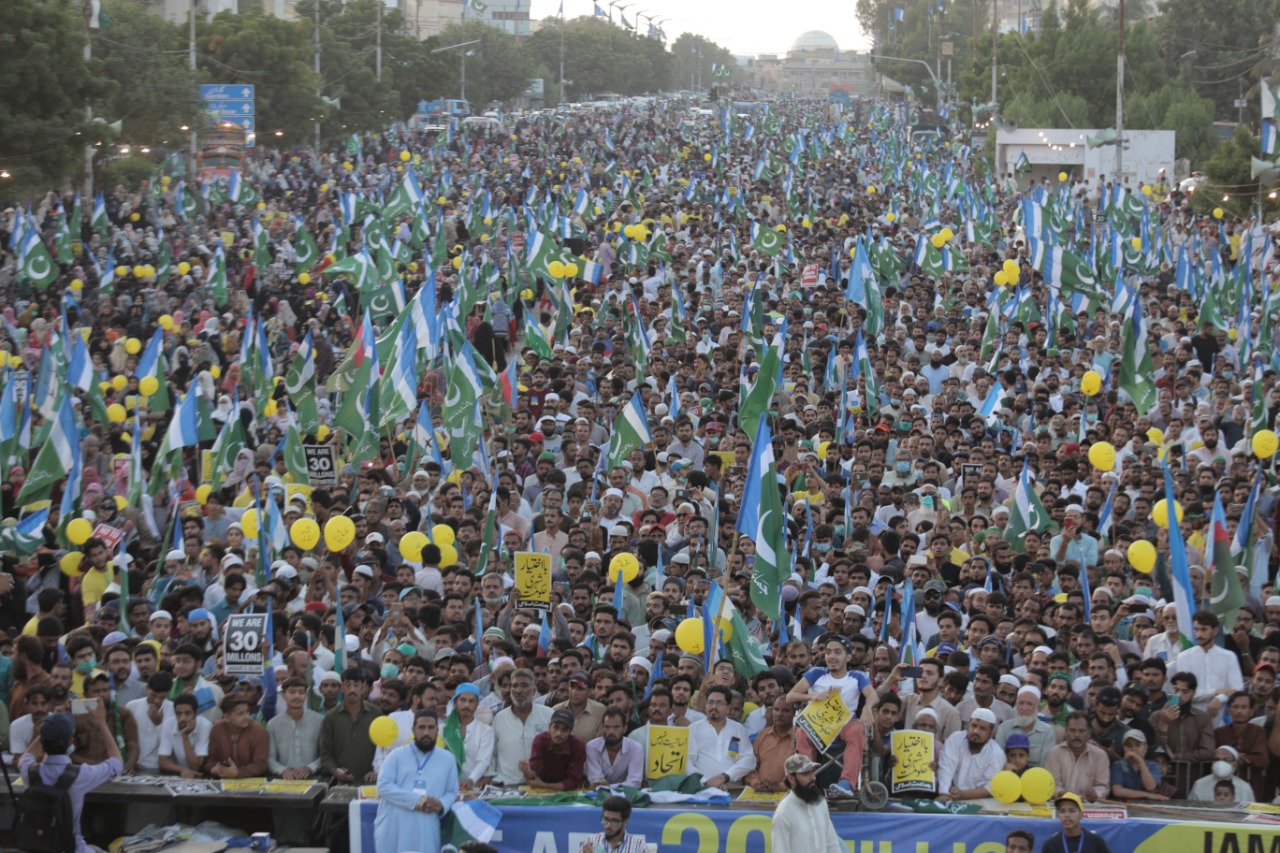 With the local government elections in the offing, political parties have been trying to rally public support by highlighting the civic problems of the city. On Thursday, the Muttahida Qaumi Movement-Pakistan organised a rally for Karachi rights. It started in Karimabad and ended at the Mazar-e-Quaid.

Karachi policemen directed to report back to stations after top cops…

Opposition bills be rejected, they only come to blow whistles: FM…

‘Whatever happened to Capt Safdar is extremely shameful’:…