MUZAFFARABAD: A six-member delegation of Organisation of Islamic Cooperation (OIC) on Wednesday visited the Line of Control and briefed over Indian ceasefire violations, ARY News reported.

According to details, the delegation lead by OIC Secretary General’s Special Envoy for Jammu and Kashmir Yousef al Dobeay visited Chakothi sector of the Line of Control and briefed about the Indian ceasefire violations on the line of control.

Earlier in the day, OIC Secretary General’s Special Envoy on Jammu and Kashmir, Yousef M. Al Dobeay along with a high-level delegation called on Prime Minister Imran Khan in Islamabad. 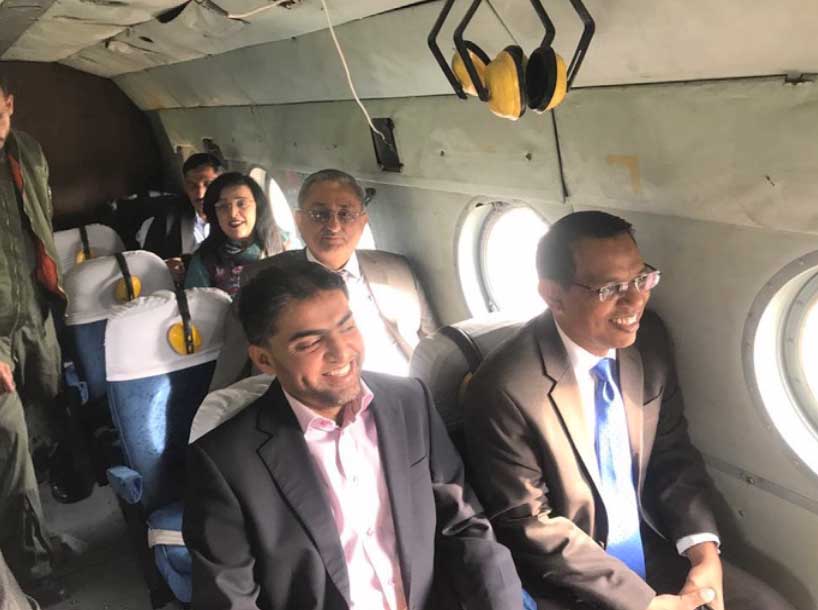 During the meeting, PM Imran Khan lauded Organization of Islamic Cooperation for extending unwavering support to the people of Indian Occupied Jammu and Kashmir, particularly in the aftermath of India’s unilateral and illegal actions of 5th of August last year.

PM Imran Khan also emphasized that the people of Pakistan, as well as Kashmiris, look towards the OIC and Muslim Ummah for their active support in the resolution of Jammu and Kashmir dispute in accordance with the relevant UN Security Council resolutions.

It is to be mentioned here that the OIC delegation is visiting Pakistan from March 2 to March 6 2020.