According to a notification, PM Imran will head the council whereas Chief of Army Staff (COAS), General Qamar Javed Bajwa has been made a member of the NDC.

The key government members in the council include Foreign Minister Shah Mehmood Qureshi, Advisor to Prime Minister on Finance Abdul Hafeez Sheikh and Minister for Planning and development Khusro Bakhtiar. 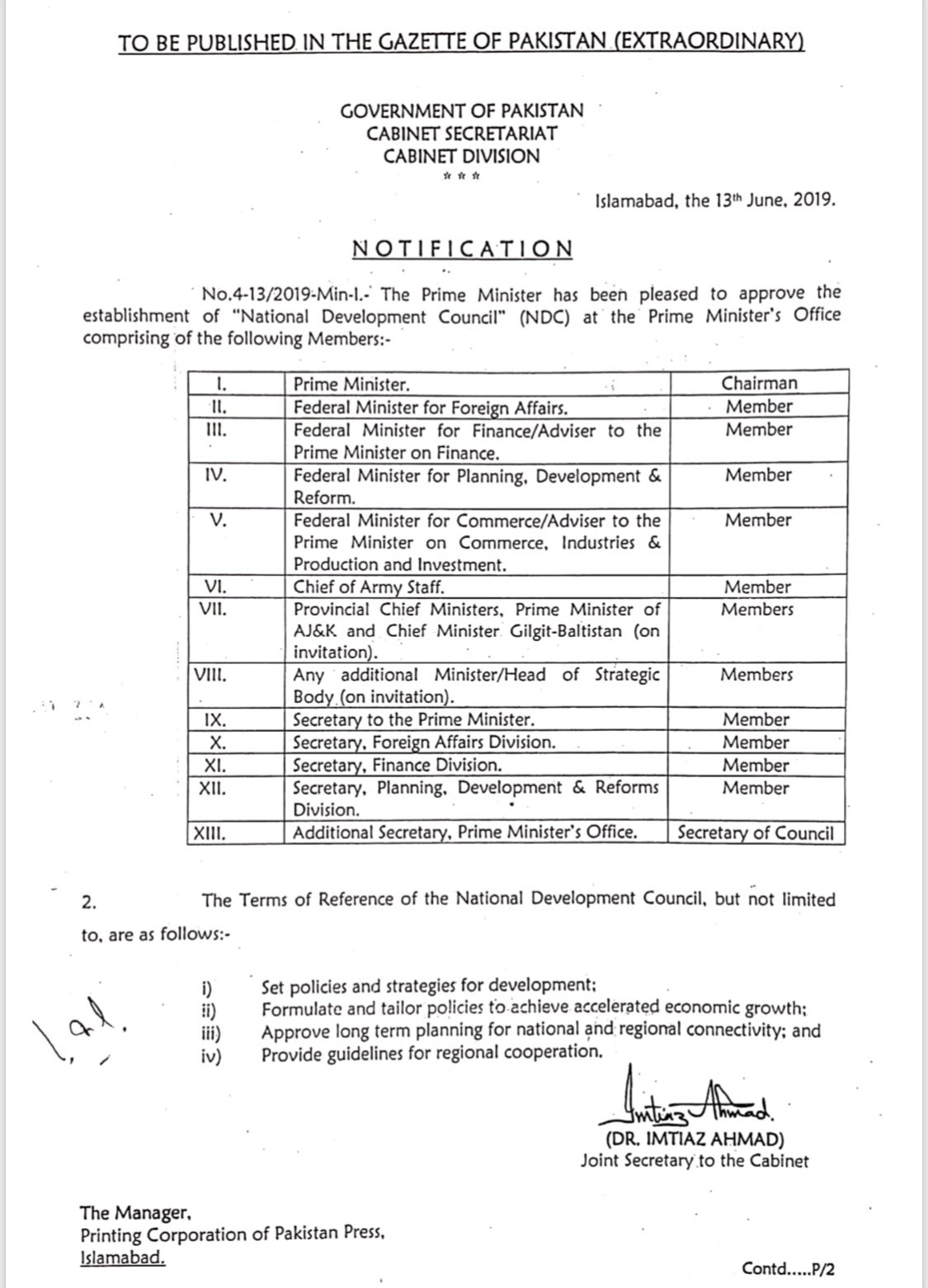 The development comes after the federal cabinet gave approval to his name.

Prime Minister Imran Khan said the commission will be empowered and will work without any political influence.