ISLAMABAD: Oil and Gas Regulatory Authority (OGRA) on Tuesday notified a reduction in the prices of Liquefied Petroleum Gas (LPG) for the month of December 2021, ARY News reported.

According to a notification issued by a regulatory body, the LPG prices would go down by Rs 14.31 per kilogram and it would now be sold out at Rs202 per kilogram. 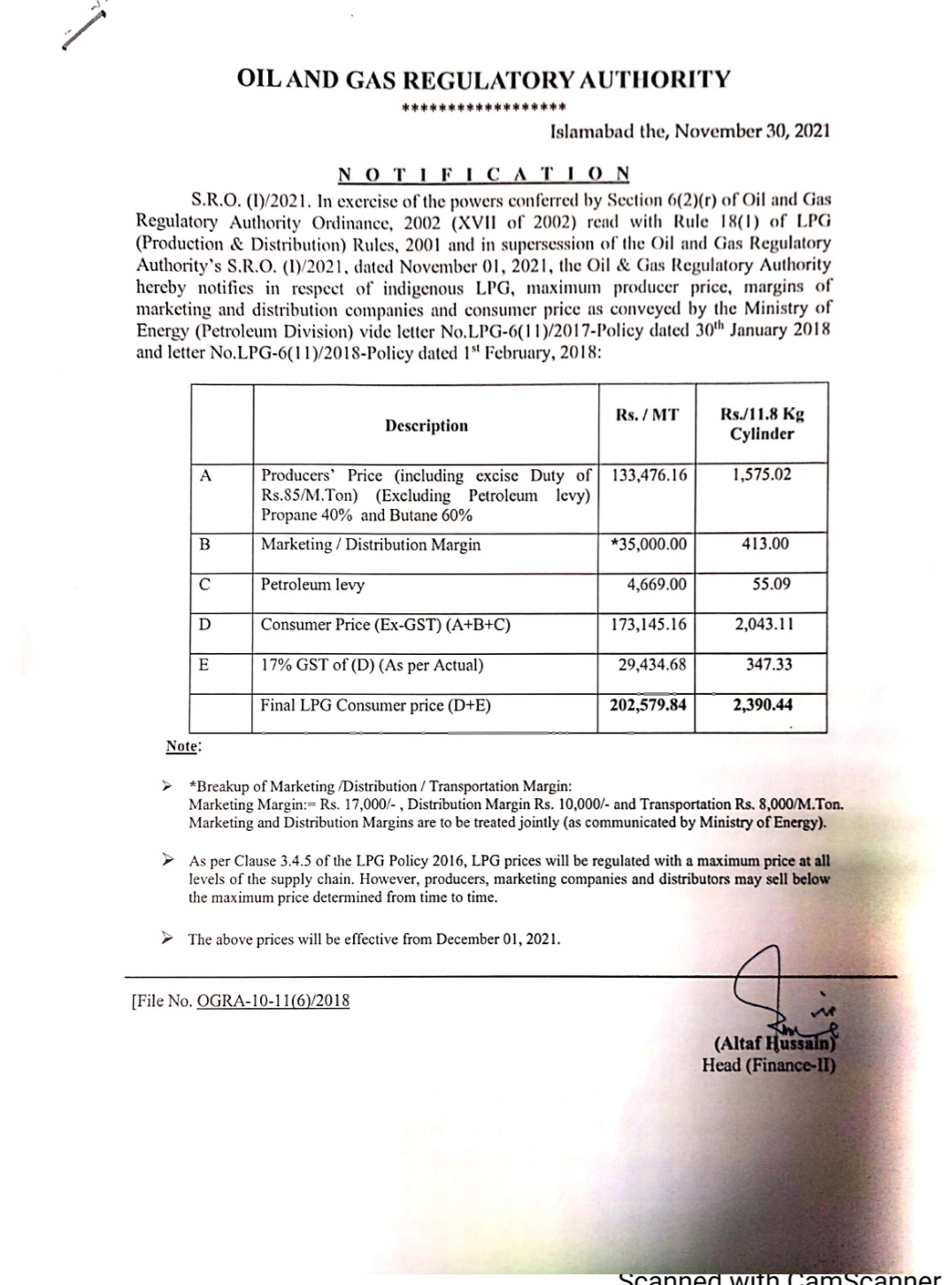 In October, Oil and Gas Regulatory Authority (OGRS) had increased the price of LPG for by Rs 29.10 per kg.