Joe Biden sworn in as 46th US president

WASHINGTON: Democrat Joe Biden was sworn in as president of the United States on Wednesday, assuming the helm of a country reeling from deep political divides, a battered economy and a raging coronavirus pandemic that has killed more than 400,000 Americans.

With his hand on an heirloom Bible that has been in his family for more than a century, Biden took the presidential oath of office administered by U.S. Chief Justice John Roberts, vowing to “preserve, protect and defend the Constitution of the United States.”

Biden, 78, became the oldest U.S. president in history at a scaled-back ceremony in Washington that was largely stripped of its usual pomp and circumstance, due both to the coronavirus and security concerns following the Jan. 6 assault on the U.S. Capitol by supporters of outgoing President Donald Trump. 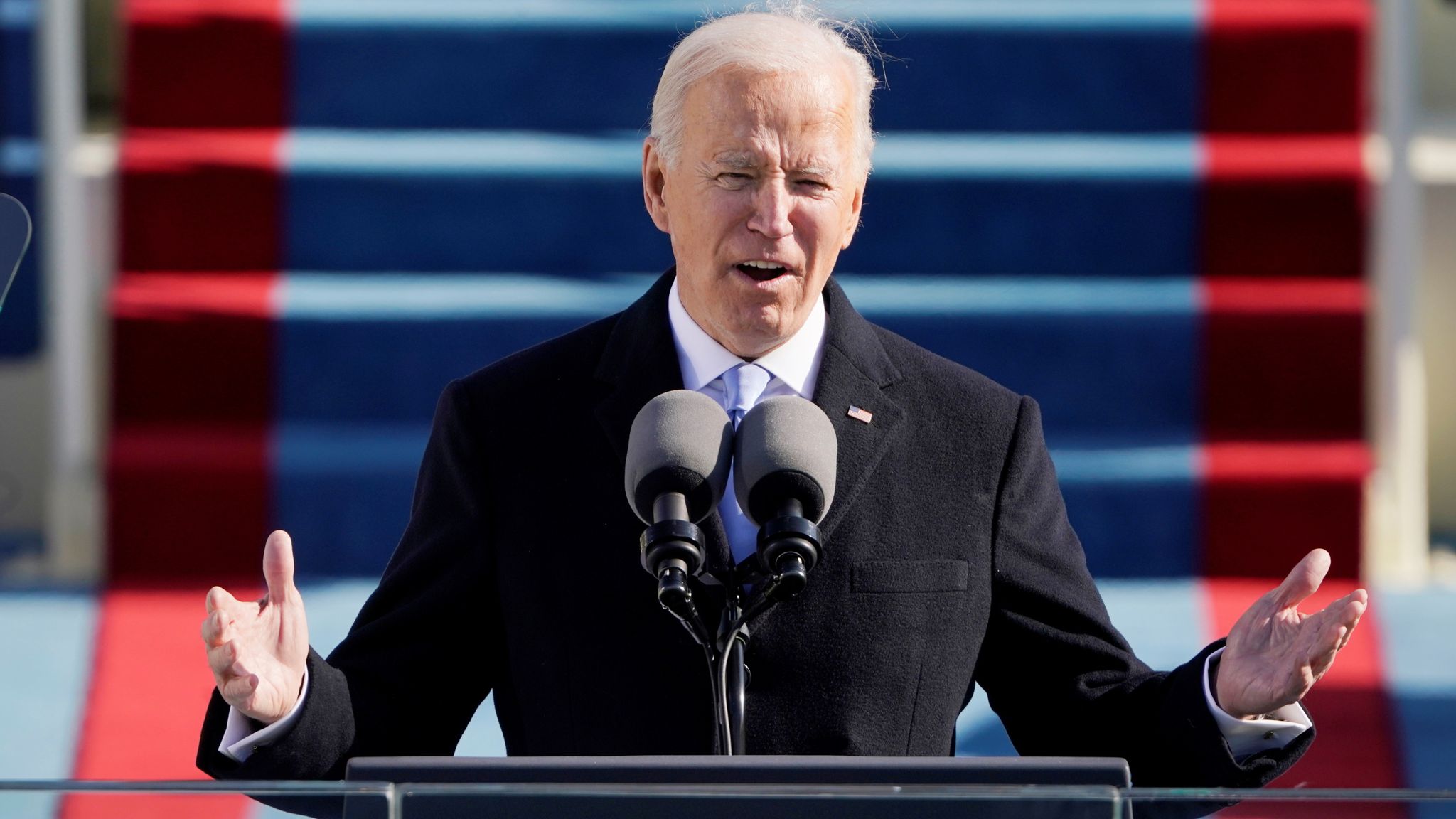 Biden takes office at a time of deep national unease, with the country facing what his advisers have described as four compounding crises: the pandemic, the economic downtown, climate change and racial inequality. He has promised immediate action, including a raft of executive orders on his first day in office.

There is no time to waste when it comes to tackling the crises we face. That’s why today, I am heading to the Oval Office to get right to work delivering bold action and immediate relief for American families.

Biden has vowed to bring the full weight of the federal government to bear on the crisis. His top priority is a $1.9 trillion plan that would enhance jobless benefits and provide direct cash payments to households.

Although Biden has laid out a packed agenda for his first 100 days, including delivering 100 million COVID-19 vaccinations, the Senate could be consumed by Trump’s upcoming impeachment trial, which will move ahead even though he has left office.

The trial could serve as an early test of Biden’s promise to foster a renewed sense of bipartisanship in Washington.

Republican President Donald Trump left the White House on Wednesday after a tumultuous four years in office, hours before Democrat Joe Biden assumes the helm of a country beset by deep political divides and battered by a raging coronavirus pandemic.

Trump left the White House with his wife Melania just after 8 a.m. (1300 GMT) and went by helicopter to a sendoff event at Joint Air Force Base Andrews, where he promised supporters “we’ll be back in some form” and extolled his administration’s successes before flying off to Florida.

A new chapter begins today. Tune in now for #Inauguration2021 as @JoeBiden and I are sworn in to office and set our nation on a new path forward. https://t.co/U1RQ98R6Ka

Top Republicans, including Vice President Mike Pence, were not there to see him go. Shortly after Trump finished his remarks, Biden left the presidential guest house in Washington on his way to church, where he was joined by Senate Republican leader Mitch McConnell and House of Representatives Republican leader Kevin McCarthy.

Congratulations to my friend, President @JoeBiden! This is your time. pic.twitter.com/LXzxGnBAfz

With only a small number of attendees present, Biden will take the oath of office before U.S. Chief Justice John Roberts just after noon (1700 GMT), placing his hand on an heirloom Bible that has been in the Biden family for more than a century.

Trump flouted one last convention on his way out. His refusal to attend his successor’s swearing-in breaks with more than a century and a half of political tradition, seen as a way of affirming the peaceful transfer of power.