KARACHI: The Sindh government on Saturday declared a cyclone emergency in various districts lying on the coastal belt of the province in wake of Cyclone Tauktae, ARY News reported.

The fishermen already in the sea have been warned about the situation with the help of the Pakistan Navy.

A central control cell room has been established at the chief secretary’s office on directives of Sindh chief minister. The Cyclone control cell will remain in touch with IGP Sindh, Rangers, Sindh health department, PDMA and Karachi commissioner. 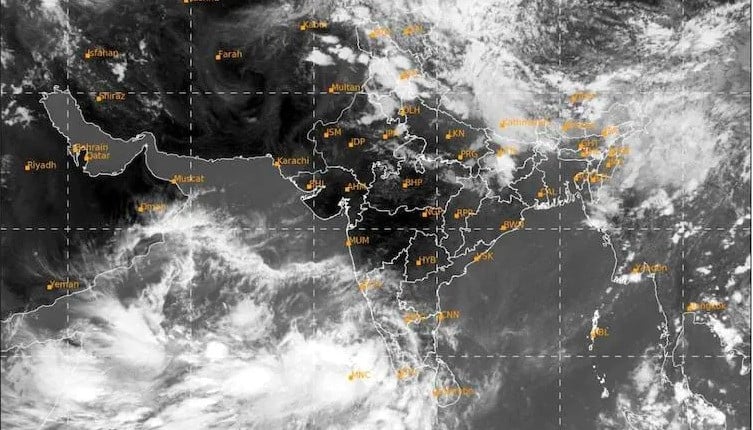 The control room will also keep close coordination with all the districts, in respect of their requirements and giving them necessary instruction on behalf of the government.

Moreover, the provincial government also directed to establish a control room in all other districts of Sindh province amid expected rainfalls in the province.

The control rooms were established by Pakistan Railways in wake of Cyclone Tauktae.

Administrator Karachi Laeeq Ahmed Saturday visited rain nullahs to review arrangements ahead of heavy rainfall in Karachi from May 17 to May 20 under the influence of the Arabian Sea Cyclone Tauktae.

The Karachi administrator declared an emergency in municipal services till May 20 and cancelled all vacations of staff. 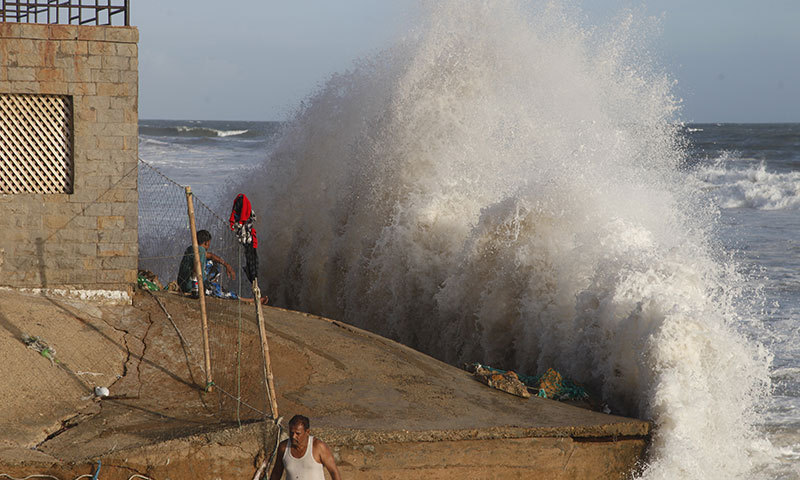 Laeeq Ahmed directed municipal staff to clean all choking points of rain nullahs. He also ordered to make proper arrangements regarding drainage of stormwater from underpasses.

Karachi Water and Sewerage Board (KWSB) Managing Director (MD) Asadullah Khan declared a rain emergency in the metropolis in wake of expected heavy rainfall in the provincial capital from May 18 under Cyclone Tauktae.

The MD KSWB imposed an emergency on the directions of the Sindh Minister for Local Government Syed Nasir Hussain Shah and cancelled the holidays of all water board staff.

Asadullah Khan said KWSB staff will be on the ground to deal with any untoward situation during expected rainfalls in the port city.

The Sindh Building Control Authority (SBCA) on Saturday issued an alert in wake of Arabian Sea Cyclone Tauktae and directed all building companies to halt undergoing construction work at sites.

The SBCA has ordered to halt construction work from May 16 to May 21.

The met office has forecast heavy rainfall in Karachi, Thatta, Badin and other eastern districts of Sindh under the influence of the tropical cyclone in the Arabian Sea.

A spokesperson of the met office has said that Cyclone Tauktae has been located at a distance of about 1460 km southeast of Karachi in the Arabian Sea and the storm will move to the coast of Indian Gujarat in northwest within 12 to 18 hours.

“Coastal districts of Thatta and Badin could also receive dusty winds and heavy rain spells along with Thar, Mirpur Khas, Umarkot and Sanghar districts in Sindh under the influence of the system,” the met office forecast.

A Depression on Saturday morning developed into a cyclonic storm named ‘Tauktae’ in Southeast Arabian Sea is expected to intensify into a ‘very severe cyclonic storm’ according to a weather report.

The cyclone, which is currently centred over Lakshadweep in India, could have wind speed of 150 to 160 kmph by Monday (May 17).

Heavy rain lashed Indian state of Kerala as the country’s met office issued red alert in five districts of the region. Cyclone Tauktae, is expected to make landfall at the western coast of India.

The cyclone is likely to intensify further into a Cyclonic Storm during next 18-24 hours and move in north-northwest direction.