KARACHI: In a major development on Wednesday, Oil and Gas Development Company Ltd (OGDCL) announced that it had discovered oil and gas reservoir in district Sanghar of Sindh province, ARY News reported.

According to OGDCL statement, the oil and gas reservoir was discovered in Pandhi area of Sanghar.

“The joint venture of Bitrism Block comprising of Oil and Gas Development Company Limited (OGDCL) as operator (95 percent) and Government Holdings (Pvt) Limited (5 Percent carried) has discovered oil and gas from its exploratory well Pandhi # 01, which is located in district Sanghar, Sindh province.”

“The structure of Pandhi # 01 was delineated, drilled and tested using OGDCL’s in house expertise. The well was drilled down to the depth of 3600 meters. The well has tested 9.12 Million Standard Cubic Feet per Day (MMSCFD) of gas and 520 barrels per day of oil through choke at Wellhead flowing pressure of 840 Pounds per square inch (Psi) from Lower Goru (Basal Sand) Formation,” reads a statement. 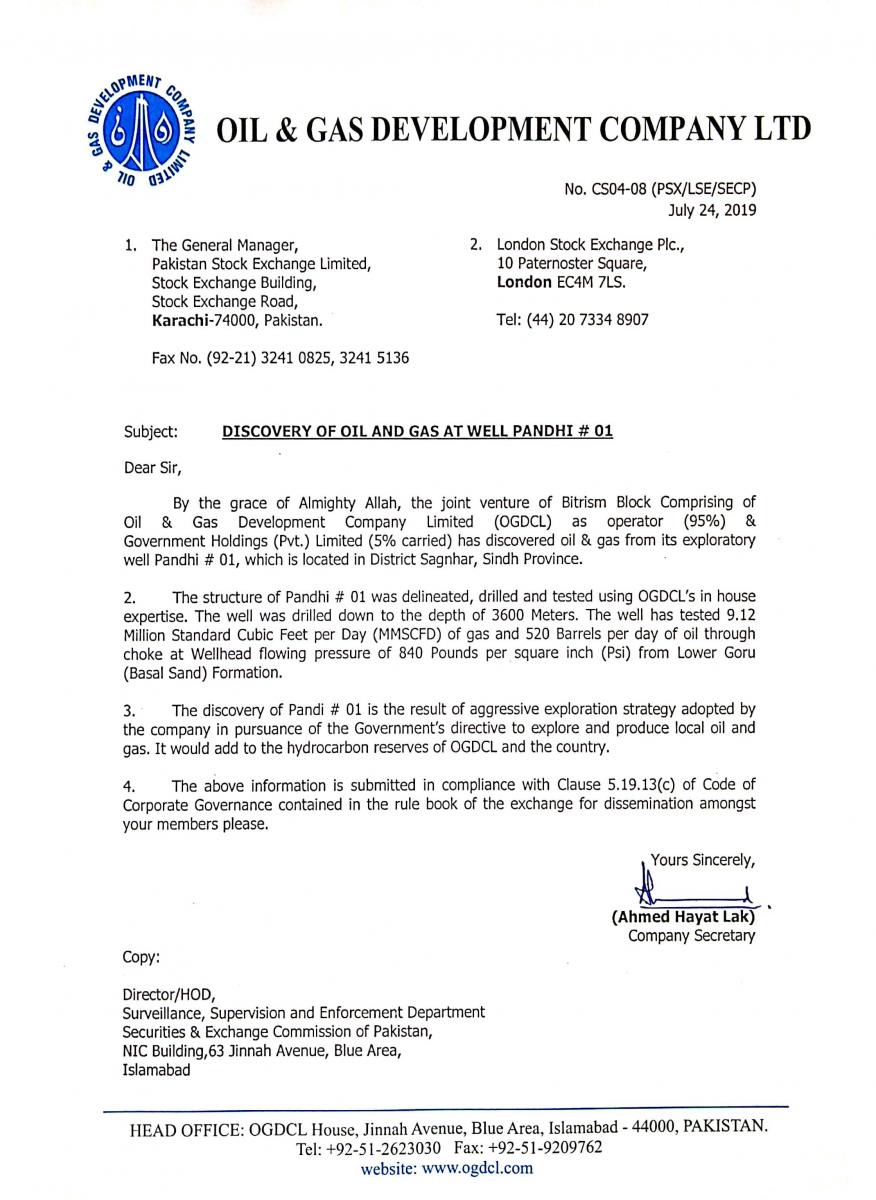 Earlier in May, the Oil and Gas Development Company Ltd (OGDCL) discovered gas and condensate oil in Tando Muhammad Khan district of Sindh.

“The well was drilled down to the depth of 2676 meters and has tested 10.44 MMSCFD gas, 120 BPD condensate through choke size 32/64″ at Wellhead Flowing Pressure of 2085 Psi from Lower Gru B-Sand,” reads the statement.