KARACHI: While the state believes in fair negotiations, it will not capitulate to blackmail anymore and the operation against the proscribed religious party was launched after the miscreants launched an attack on law enforcing agencies, the federal information minister Fawad Chaudhry said Sunday while talking exclusively to ARY News.

They kidnapped our Police and Rangers personnel following which we led an operation against them, federal minister Chaudhry said. Adding that the state did not even yield to armed terrorist group Tehreek e Taliban Pakistan.

The Prime Minister is Aashiq e Rasool (SAWW) and he raised the objections over blasphemy on each available forum, the minister said.

It may be noted that earlier today the Special Assistant to Chief Minister (SACM) Punjab Firdous Ashiq Awan confirmed citing a police presser that a group of miscreants attacked Nawankot police station in Lahore and kidnapped 12 cops including a deputy superintendent of police (DSP). 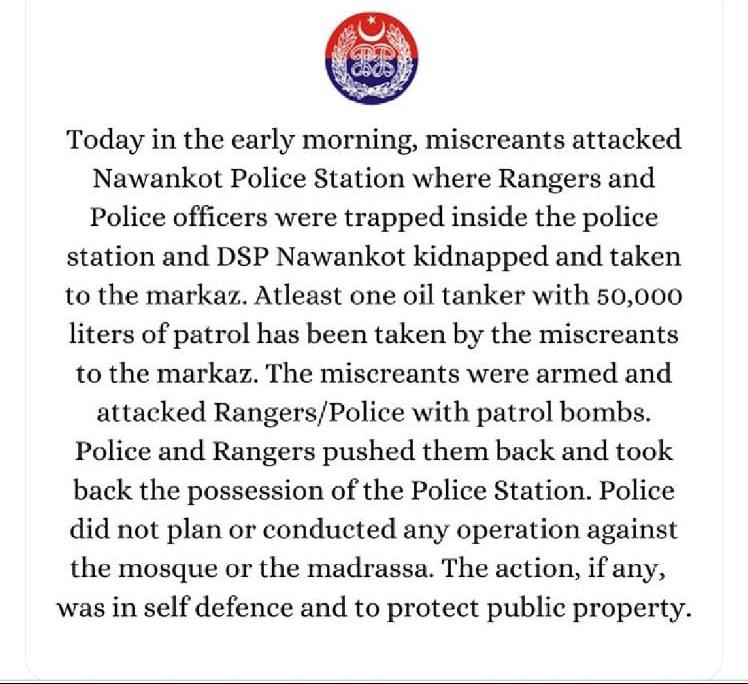 “The miscreants were armed with petrol bombs and acid bottles and attacked the cops at the police station,” she said in her Twitter post besides also sharing a statement issued from the Punjab police on the entire episode.