A woman and daughter escaped with non-life threatening injuries when her car plummeted into a large sinkhole in southern Brazil.

In the video, it can be seen that a truck drove down a street in Brazil, opening a large sinkhole as it passed. A few seconds later, a car drove over it and was swallowed.

A passerby helped the woman identified as Vanessa Cavagnolli and her daughter out of the hole so they could be taken to hospital for treatment.

“We were going and fell. It just fell out of nowhere. Then we opened the car doors and we tried to get out. A man came and got on the hood to help us,” the girl said, according to a local news outlet. 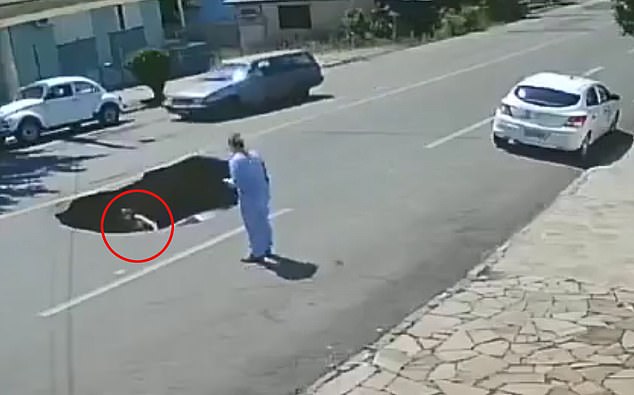 Repairs on the hole started and it emerged that the road was 50 years old.

Attackers celebrate with a fist bump after stabbing teenager to death

WATCH: Plane’s engine burst into flames with 208 passengers on board