The US Capitol was put on lockdown on Wednesday as crowds protesting President-elect Joe Biden’s victory breached security barricades while Congress was debating the certification of his electoral win over President Donald Trump, according to Reuters eyewitnesses.

The Senate and the House, which were weighing objections to Biden’s victory, abruptly and unexpectedly recessed.

Members of militia groups and far-right groups, some in body armor, mingled with the crowds, and some government offices buildings were on high alert.

“I’m sheltering in place in my office,” Haley Stevens, a Michigan congresswoman, wrote on Twitter. “The building next door has been evacuated. I can’t believe I have to write this.” 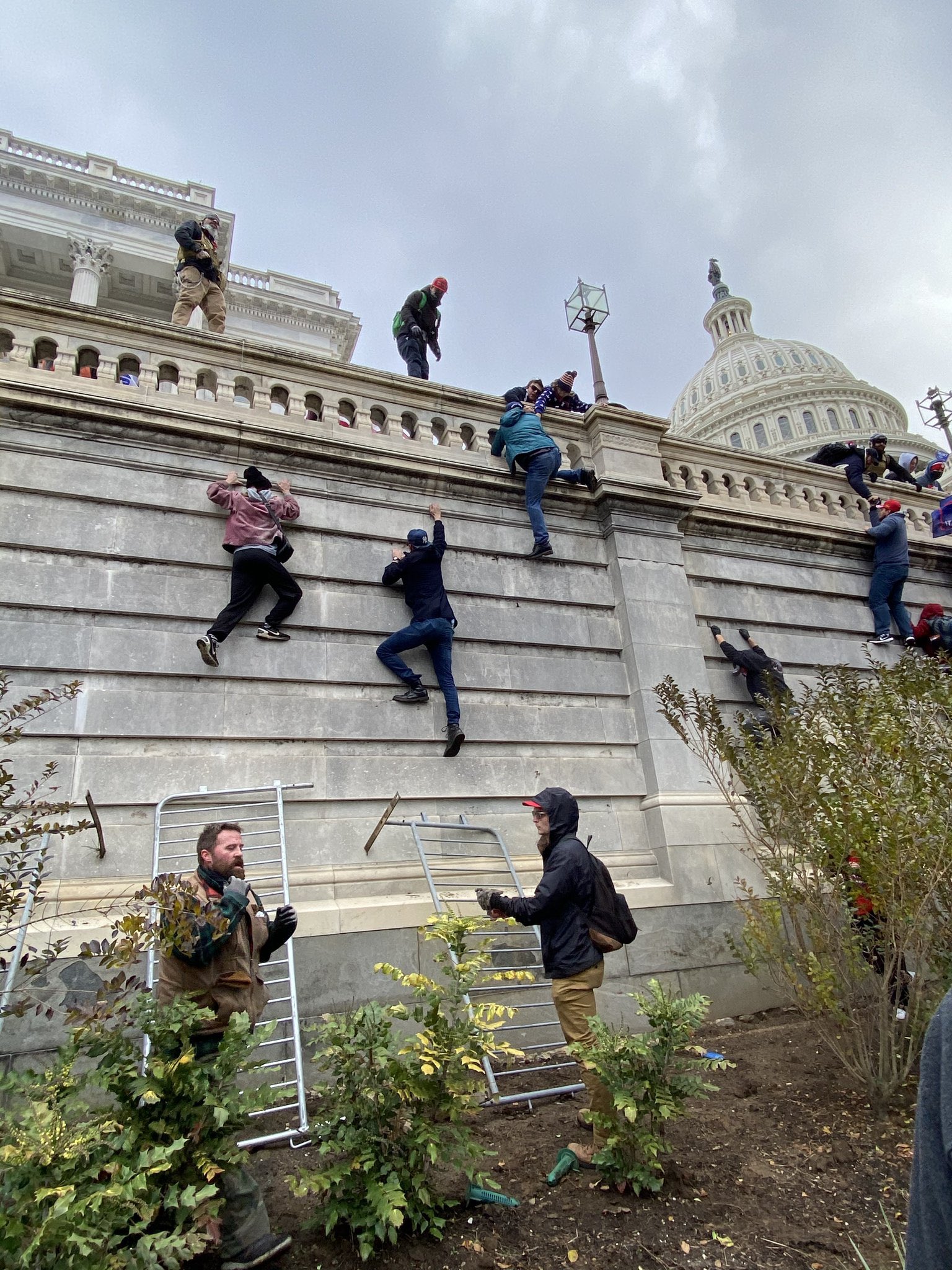 Washington police earlier banned from the city Enrique Tarrio, the leader of the Trump-supporting far-right group the Proud Boys, after he was arrested on Monday for destruction of property and possession of a firearm magazine.

Other members of the men’s group, which espouses white nationalism, gathered at the U.S. Capitol.

Crowd control largely fell to the Metropolitan Police Department, which mobilized all 3,750 officers, the Capitol Police, the Park Police, the U.S. Secret Service, and more than 300 members of the city’s National Guard, according to Washington police chief Robert Contee and other officials.

Police have told protesters not to bring their guns to Washington, which has some of the country’s strictest gun laws and bans the open carrying of firearms.

Outgoing U.S. President Donald Trump addressed thousands of supporters, including members of far-right groups, at a rally in Washington protesting Wednesday’s meeting of Congress to confirm his election loss to President-elect Joe Biden in November.

“You don’t concede when there’s theft involved,” Trump, a Republican, said after taking the stage following a playlist blasted over loudspeakers of power ballads by Elton John and Phil Collins. “Our country has had enough and we will not take it any more.”

Classes one to eight to resume from Feb 1, announces Shafqat Mahmood

Rehearsal for Biden’s inauguration postponed due to security concerns

Biden to unveil plan to pump $1.5 trillion into pandemic-hit economy