A notification has been issued on Saturday by the Establishment Division in this regard.

“Mr. Muhammad Ahsan Younas, a BS-20 officer of Police Service of Pakistan, presently serving as Inspector General, Islamabad Capital Territory (ICT) Police, under Interior Division, is transferred and his services are placed at the disposal of Government of Punjab, with immediate effect and until further orders,” read the notification. 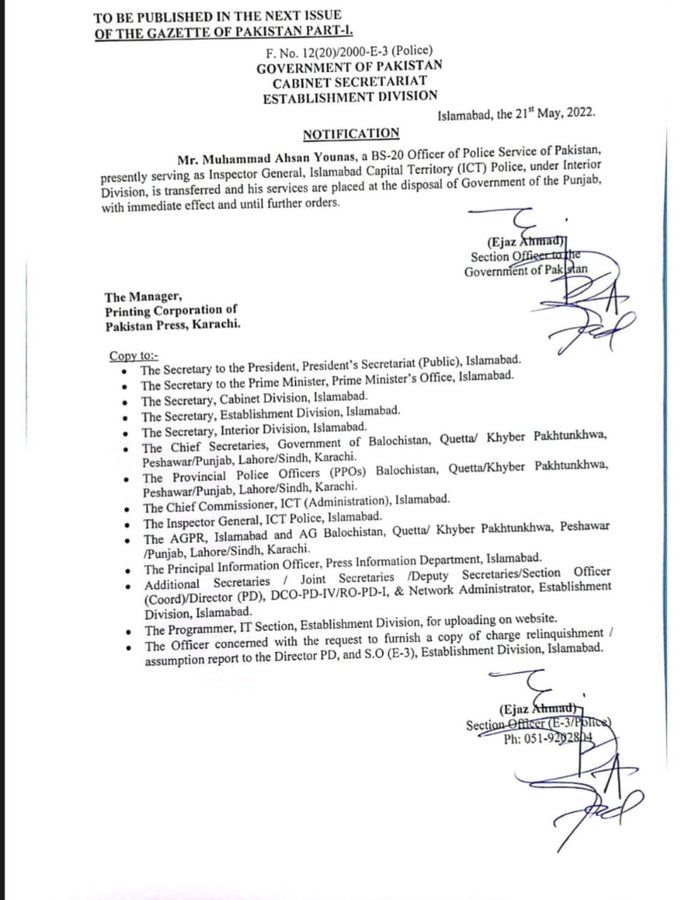 Furthermore, SSP Operation Muhammad Faisal has also been transferred and his services has been handed over to the Punjab government.

Similarly, Sohail Zaffar Chatta, a grade 19 officer, has been transferred to capital police.

Police said that they carried out a routine search operation following death threats to the former prime minister Imran Khan.

Medical board formed to determine...

Pakistan moved away from default,...

Pakistan to import coal from...

Muhajirs have no option other...

Cryptoverse: Ether holds its breath for the lean, mean ‘merge’