Senator Seemi Ezdi took to Twitter to show her support for PM Imran Khan. Jahangir Tareen’s sister shared a picture of PM Khan from his Twitter account by using the hashtag #میں_تمھارے_ساتھ_ہوں ‘I’m supporting you.’

Seemi Ezdi wrote in a short message that no matter how hard the opposition tries, failure will be doomed. Inshallah, Prime Minister Imran Khan will emerge as victorious.

The senator had given a clear message in favor of Prime Minister Imran Khan and shared her picture with him on March 8 also. 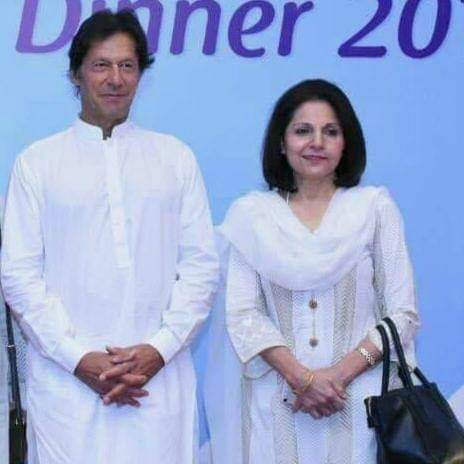 On the other hand, Jahangir Tareen group will hold an important session to finalise the strategy for the no-confidence motion against Prime Minister Imran Khan on Monday (today), citing sources, ARY News reported.

Sources told ARY News that Aleem Khan is likely to attend the key session of a like-minded group, whereas, Jahangir Tareen will attend the session from London via video link.