Pakistan’s Madhubala elephant gets relief after years of dental pain

Madhubala, a 16-year-old elephant in Pakistan suffering for years from a dental infection and pain caused by a broken tusk, finally got relief on Wednesday after undergoing treatment while under unique standing sedation.

Madhubala is one of four African elephants being treated in Karachi by an eight-member team from global animal welfare group Four Paws, which in 2020 relocated Kaavan – an elephant dubbed the world’s loneliest – to Cambodia from Islamabad. 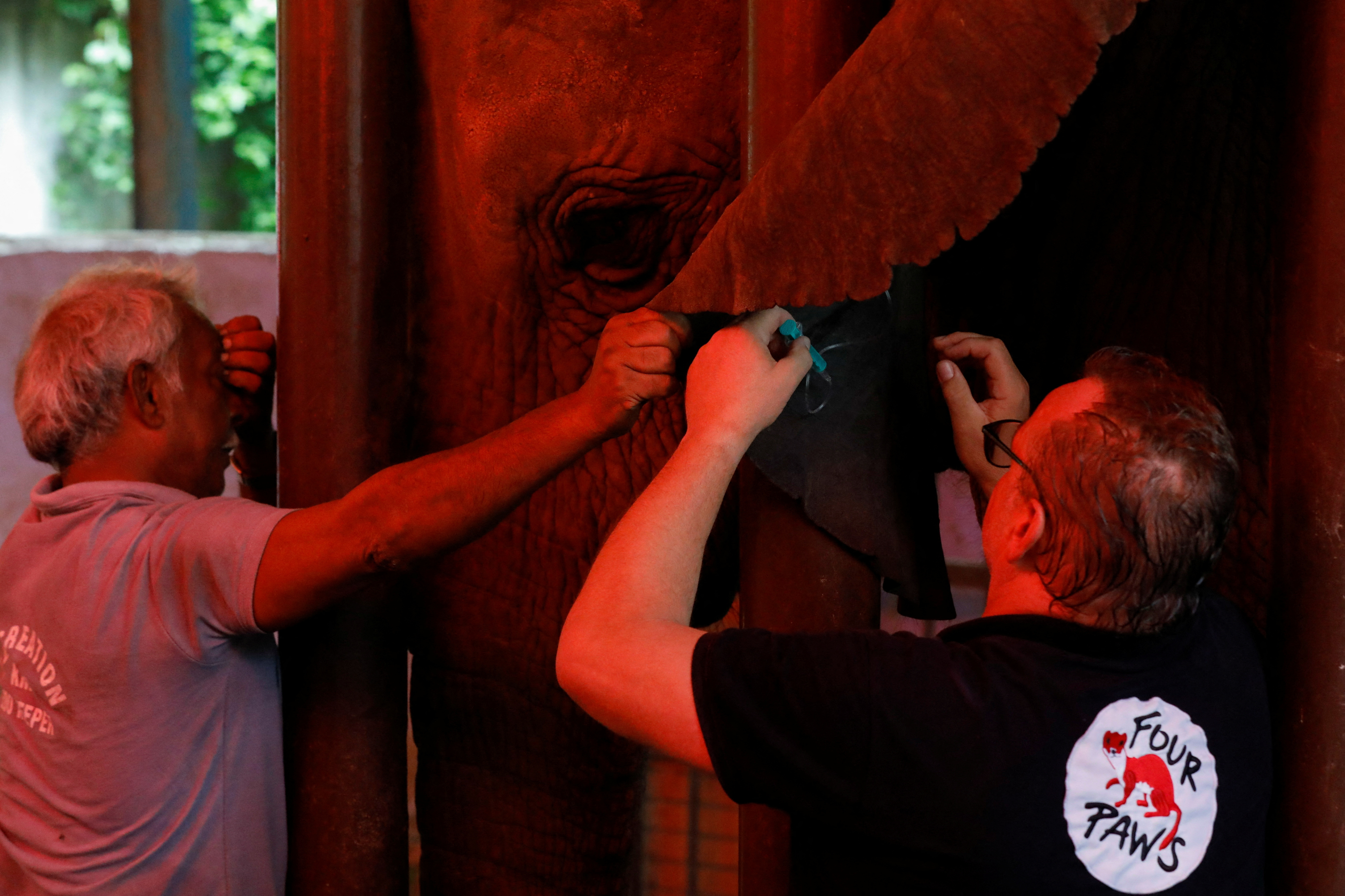 Their visit follows an order by the Sindh High Court (SHC) in Karachi last year for Four Paws to assess the health of the animals after local animal rights activists had raised concerns in court about their well-being.

Named after a legendary Indian actress, Madhubala’s eyes were taped shut, her legs tied to side-grills to support her during sedation and the subsequent treatment at the Karachi Zoo. 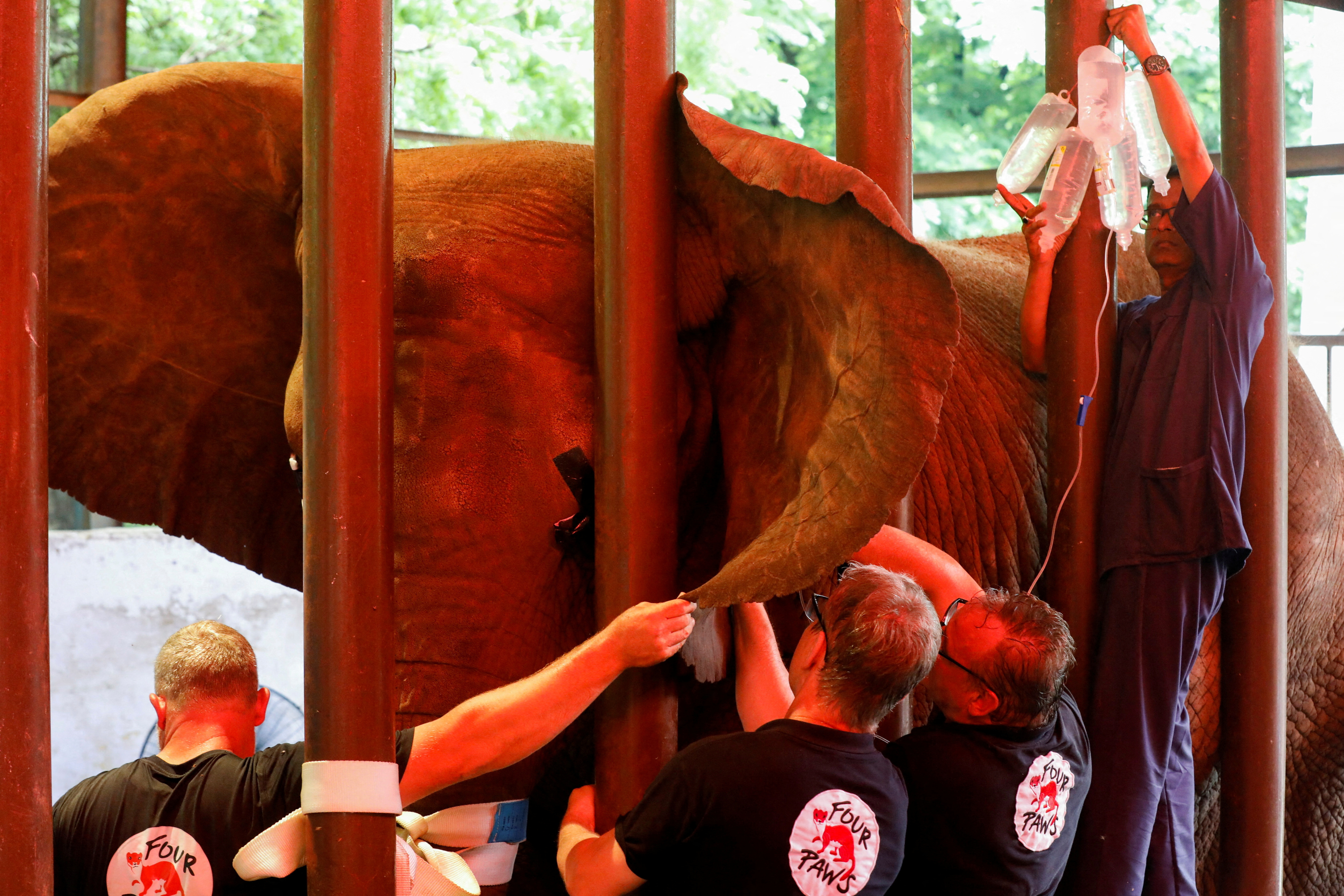 The veterinarians had to use drills and other heavy surgical tools to extract the infected tusk which came out in bits and pieces.

“Due to long-term inflammation the tissue is so fragile and thin it’s not possible to take it out at once, it is breakable,” said,” Dr Marina Ivanova said, showing Reuters reporters the extracted tusk. 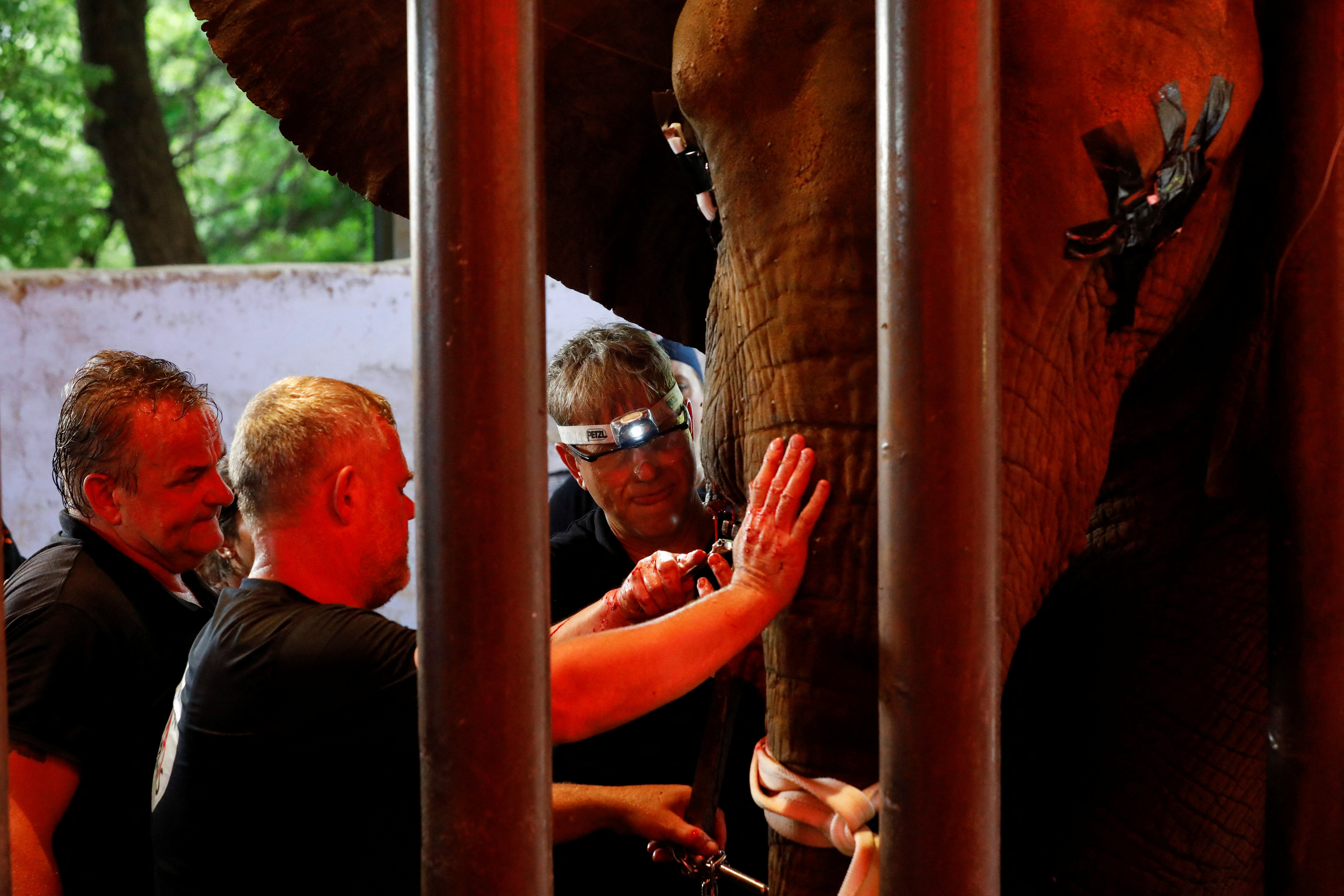 An endoscopy before the procedure showed the full tusk inside measured 31 centimetres (12.2 inches), she said.

“It now important for us to focus on postsurgical treatment, the removal of the tusk would open a big wound, so this wound needs daily cleaning,” she added.

During the five- to six-hour procedure, Madhubala did not put up much resistance as she was kept sedated.

“Today we are happy to start the first unique procedure at the Zoo in standing position not in sleeping or complete anaesthesia as it could be risky for the elephant and could be fatal, which we don’t want,” team leader Dr Aamir Khalil said. 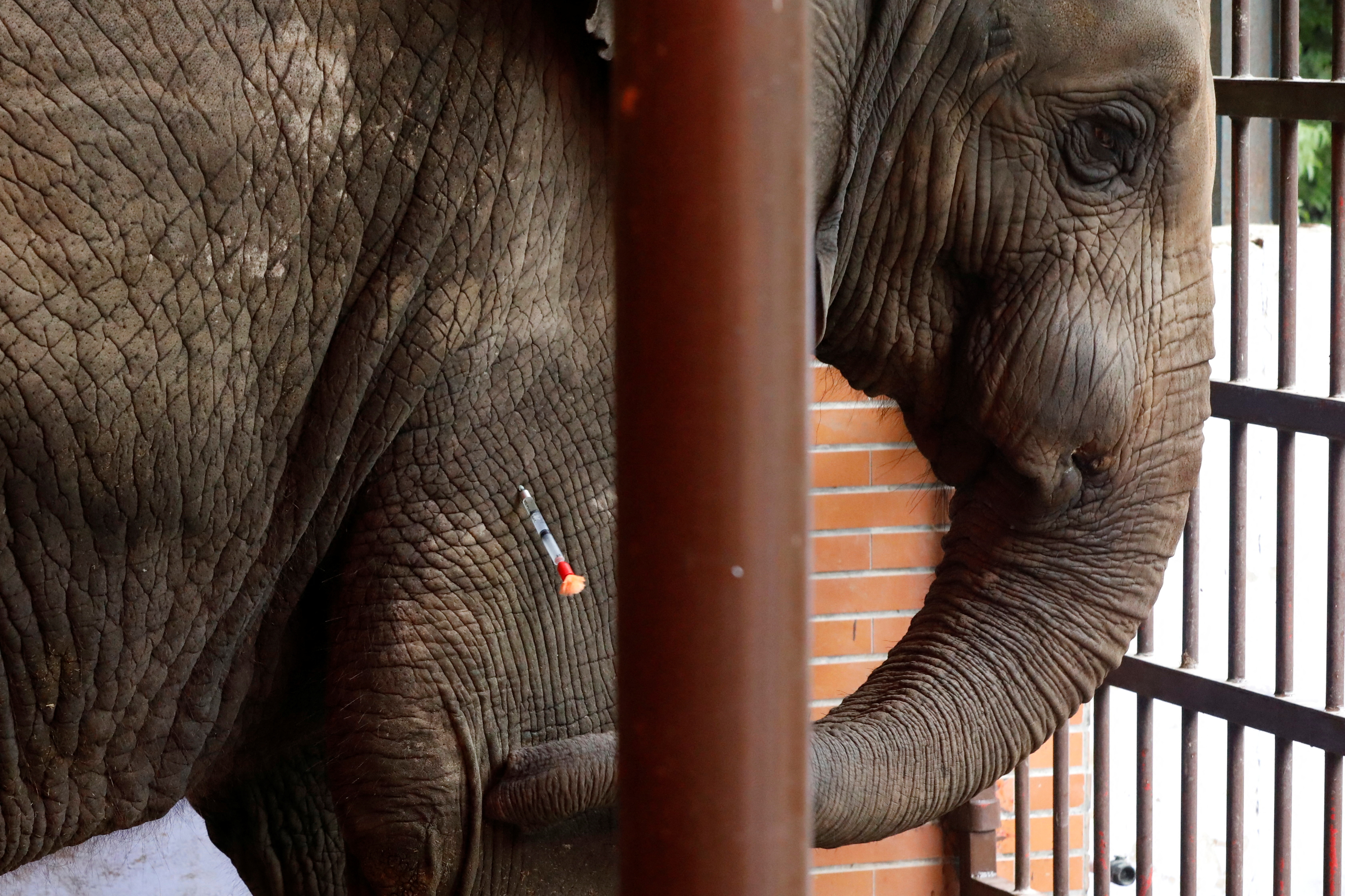 The other elephants were in a much better state as their foot treatment started two months ago, Khalil said, adding that the group had more work to do to improve the welfare of the animals.