The former chief minister Buzdar served legal notice for launching a “defamatory campaign” against him. The notice, filed by Usman Buzdar’s counsel Mubeenuddin Qazi, states that Awn Chaudhry had made baseless allegations against him in a TV programme.

“You are abusing your current official position as Advisor to the Prime Minister of Pakistan to assassinate my client’s character and victimize him,” the notice stated. 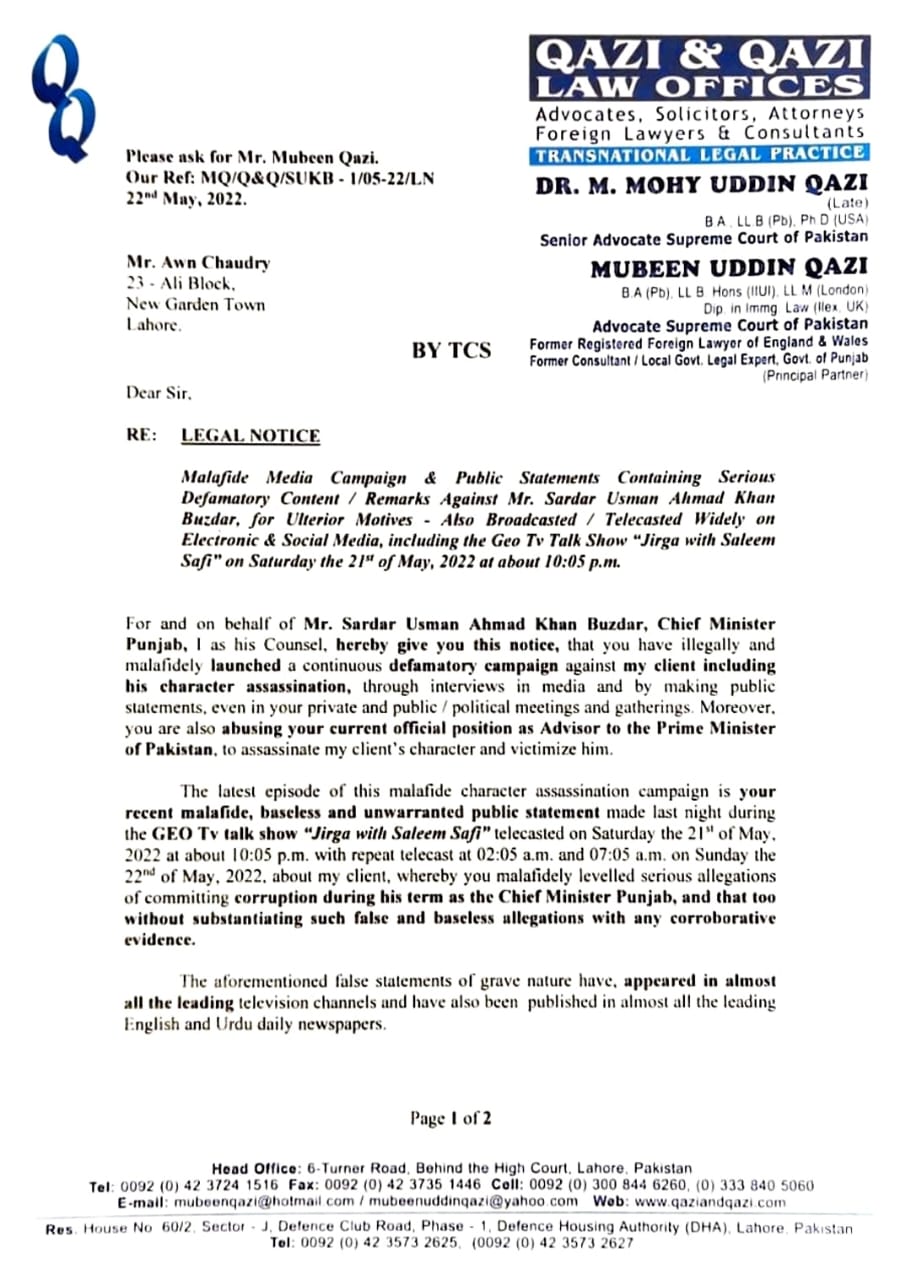 “Aun Chaudhry should apologize for the baseless allegations or face legal action. In case of not withdrawing the allegations and non-apology, a claim of Rs500 million would be filed,” it added. 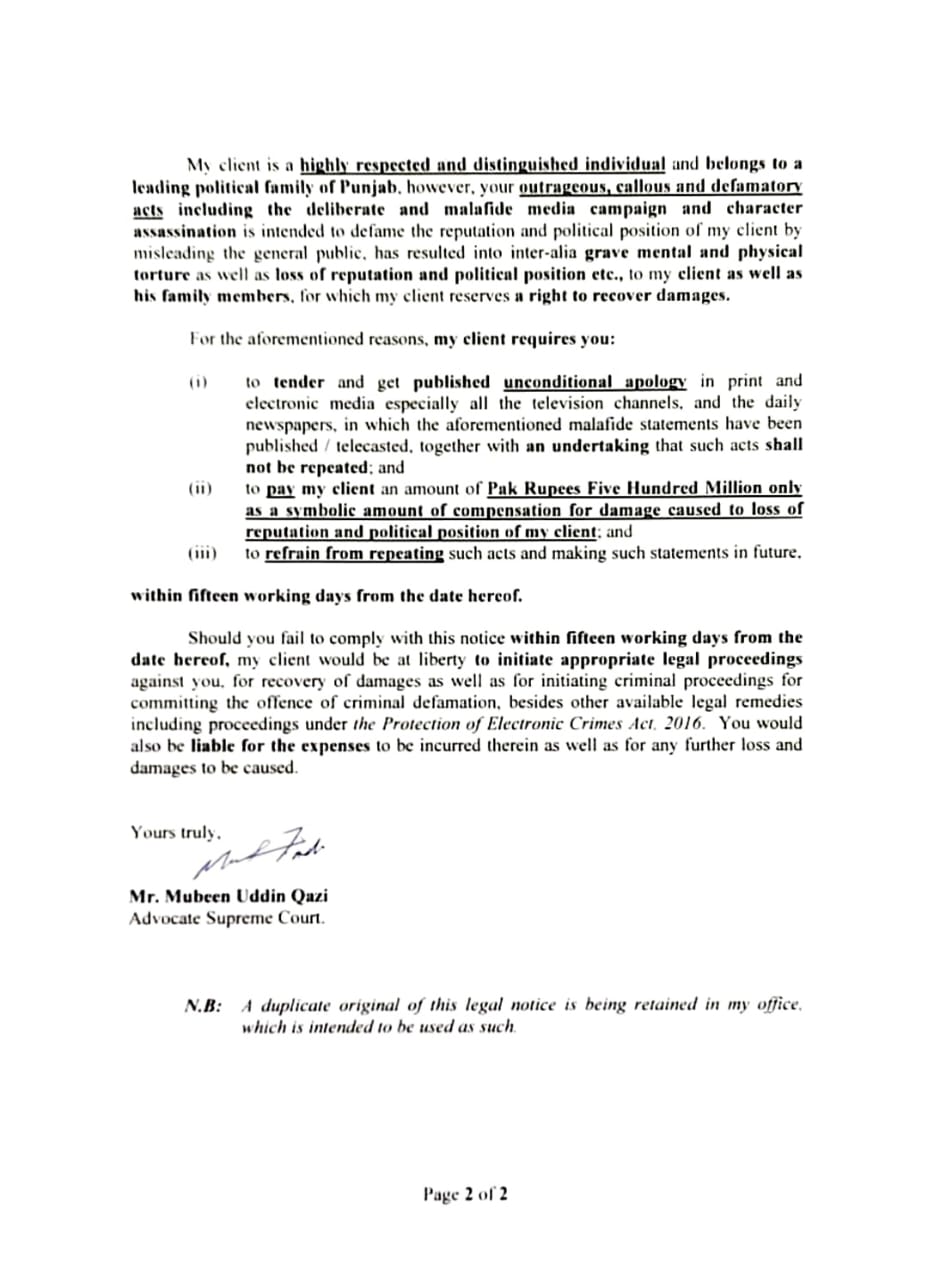 Mr Buzdar’s counsel demanded that Awn Chaudhry should tender unconditional apology along with an undertaking that such acts would not be repeated, within 15 working days.