Balochistan University which was in the news related to a recent bust allegedly involving the varsity’s employees issued an official circular making it a compulsion for students to wear uniforms rather than casual clothing, ARY News reported on Sunday. 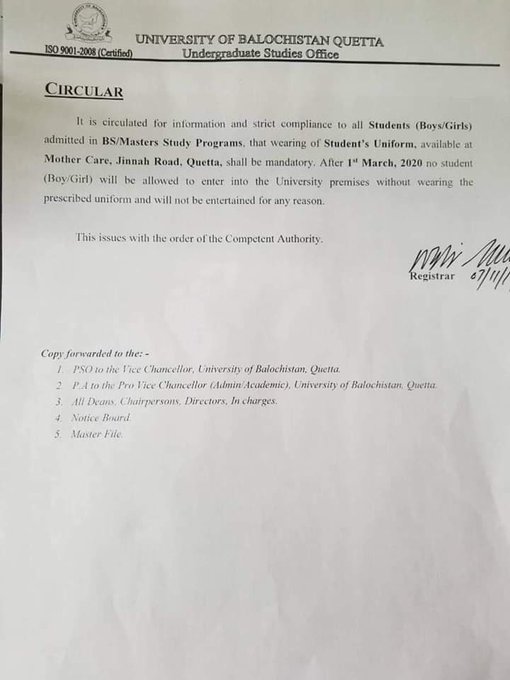 The circular demands that both males and females abide by the notification and purchase their uiforms from the designated shops.

Prof Dr Javed Iqbal, the vice-chancellor of University of Balochistan, stepped down from his post until the Federal Investigation Agency (FIA) completes its inquiry upon the matter.

Pilots, cabin crew quarantined on return from London cleared of…

Pilots, cabin crew quarantined on return from London cleared of…