KARACHI/LAHORE/ISLAMABAD: Protesters of a religio-political party clashed with police in Karachi on Tuesday and set ablaze several vehicles after law enforcement agencies launched a crackdown and dispersed protesters from Star Gate to allow the flow of traffic to return to normal, ARY News reported. 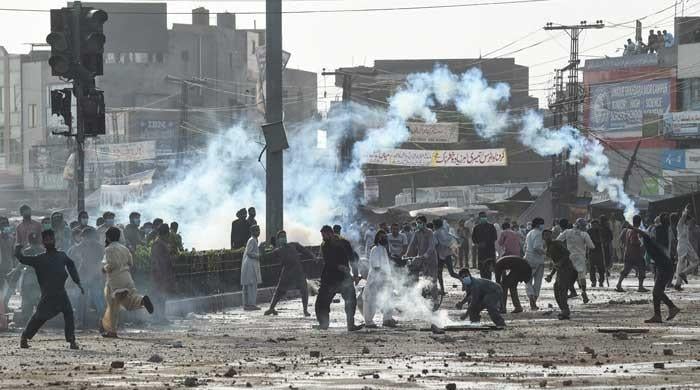 Police said that the citizen was killed due to the firing of protesters. A police constable was also beaten to death during a clash in the Shahdara area of Lahore, according to Lahore police spokesperson Rana Arif.

On the other hand, the Sindh Rangers headquarters convened a security huddle to mull over a strategy of keeping the security situation under control with DG Rangers Major General Iftikhar Hassan Chaudhary on a chair.

The session was attended by Commissioner Karachi, Additional Inspector General Karachi, among other top people of law enforcing agencies.

Sheikh Rasheed chaired a high-level session today to review the law and order situation of the country following the protests that erupted in multiple cities being organised by a religio-political party.

During the meeting, Interior Minister Sheikh Rasheed Ahmed ordered action against law-breakers and necessary measures to reopen several road and entry and exits points due to countrywide protests of a religio-political party. 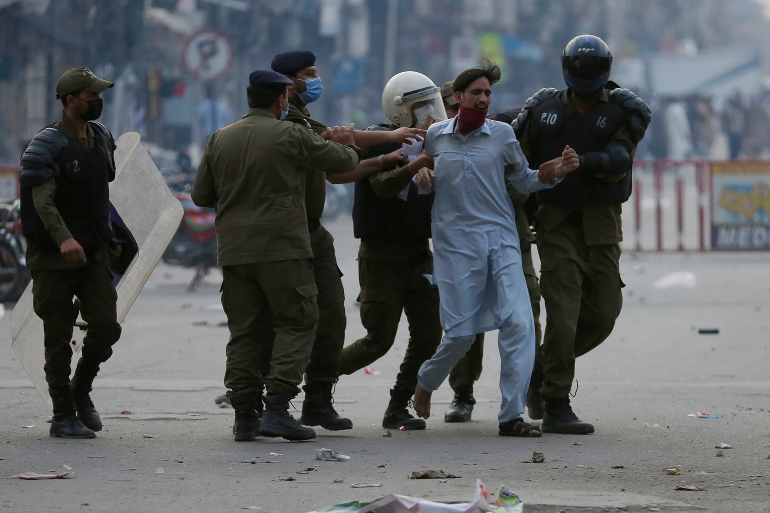 The interior ministry directed to take strict action against those disturbing law and order situation, as well as ordered to suspend cellular and internet services in affected areas.

Federal Minister for Information Fawad Chaudhry on Tuesday said that the government wanted the prevailing law and order situation to resolve in a peaceful manner.

Addressing a presser to shed light on the decisions taken by the federal cabinet, Fawad Chaudhry said that any group could present its demands before the state, however, being a state, they could not allow any group to make decisions on its behalf.

Clashes also erupted at Rawalpindi, Islamabad, Lahore, Gujranwala and other cities of the country.

Punjab’s home ministry has instructed the law enforcement agencies to shift detained protestors to far-flung facilities and no case against them be scrapped.

Police in Shahdara town has booked senior leaders of the religious party on charges of murder and attempt to murder, among others, after its nationwide protests turn violent.

The capital city’s traffic police has announced alternate routes for traffic amid protests of a religious party.

The police in a statement said that alternate routes for traffic have been arranged for Dhokri Chowk, Bhara Kahu, Kashmir Chowk, Rawat Chowk Karar, Trinol, Faizabad and IJP Road.

It is to be mentioned here that the activists of a religious group have staged sit-ins at various points in several cities across the country.