All you need to know about Senate polls 2021

Polling for 37 Senate seats – excluding Punjab where senators got elected unopposed will take place on March 3 (Wednesday) as an election campaign for the upcoming Upper House ended on March 1.

Various MPAs and MNAs from provincial assemblies and National Assembly will cast their votes to elect members of the upper house.

A total of 37 senators – 12 each from Khyber-Pakhtunkhwa and Balochistan, 11 from Sindh, and two from Islamabad – will be elected on March 3. Voting would be held in the provincial assemblies. The two senators from Islamabad would be elected by the National Assembly.

However, there will be no polling in Punjab as all the candidates for three categories — seven general and two seats each reserved for women and technocrats — were elected unopposed last week.

There are a total of 72 candidates contesting the 2021 Senate polls from the federal capital and the three provinces.

In Khyber Pakhtunkhwa and Baluchistan however, members of Provincial Assembly members will be given four ballot papers, where the additional ballot will correspond to a minority seat.

What is the single transferable vote?

Under this system, every voter has only one vote, in which he prioritises his choices in a sequence against the names of the candidates.

Read More: Senate elections: JI to stay away from voting in NA, SA after deal with PTI

Simply put, the voters rank each candidate they want their vote to go to by writing 1,2 and 3 against the names of each candidate on the ballot paper.

A quota calculated by the Election Commission of Pakistan then determines how many votes each candidate needs to be elected.

Top members from Pakistan Muslim League-Nawaz (PML-N), Pakistan Tehreek-i-Insaf (PTI), and Pakistan Peoples Party (PPP) will be among the 52 Senators set to retire on March 3 2021 after completion of their six-year tenure.

The election will be held to fill one general seat and one seat for women from the federal capital, seven general seats, two seats for women, two seats for Technocrats including Ulema from each province like Punjab, Sindh, Khyber Pakhtunkhwa and Balochistan and one seat for non-Muslims each from Khyber Pakhtunkhwa and Balochistan province. 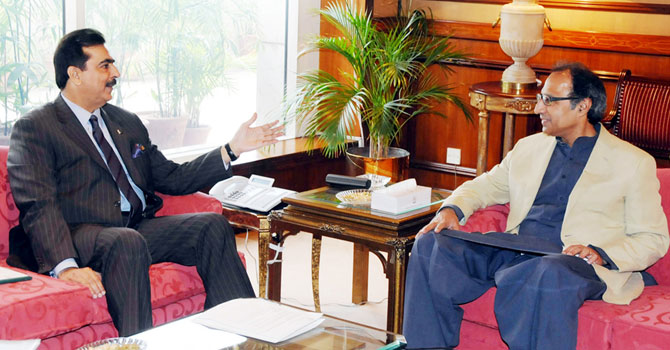 There will be a one-to-one contest between Finance Minister Hafeez Sheikh and former prime minister Yusuf Raza Gilani for a general seat and PTI’s Fauzia Arshad and PML-N’s Farzana Kausar for a women’s seat.

17 contenders from the province will be contesting for 12 of its share of seats in the upper house of the parliament polls. There are to be seven general seats besides two each under the categories of women and technocrats respectively.

PTI’s Saifullah Abro, Pakistan People’s Party Parliamentarian’s (PPPP) Farooq Hamid Naek and Karim A Khawaja will contest for two of the seats under the technocrats category.

There are a total of 168 members in the Sindh Assembly. Elections will be held on seven vacant general seats of the senate from Sindh.

Each party would need 22 votes at least to get a Senator elected from the general seat while for women and technocrats seat, they would need the support of 56 lawmakers.

The PPP has the support of its 99 lawmakers and would easily grab six 0r seven Senate seats, however, the ruling party could get hold of two more seats if the opposition fails to put up a joint front.

The opposition parties that are part of the federal government coalition have the support of 65 lawmakers including 30 lawmakers of PTI, 21 of MQM-P and 14 MPAs of GDA.

If MQM-P, PTI and GDA present a joint front in the Senate polls from the province, then they could be able to get at least four and at most five seats. In this scenario, MQM-P could get a general seat, besides also securing a technocrat or woman seat.

The PTI could also get two seats and GDA could secure one Senate seat in case of a united front from the federal coalition parties.

The 145-member KP Assembly would elect 11 senators – seven on general seats, two each on technocrats and women seats and one on a minority seat.

Twenty-five candidates are in the field for twelve seats of Senate from Khyber Pakhtunkhwa.

The government alliance has the support of 99 members, while the opposition has 43 MPAs in the KP Assembly. 21 votes will be required from the Khyber-Pakhtunkhwa Assembly for general seats.

With that, it means that the ruling PTI can grab seven or eight seats and Pakistan Democratic Movement (PDM) is expected to gain four or five seats.

The 165-member Balochistan Assembly would elect 11 senators – seven on general seats, two each on technocrats and women seats and one on a minority seat.

The maths to determine the exact quota of the vote each candidate should receive is worked out by dividing the total value of votes.

Take Sindh. There are a total of 168 members in the Sindh Assembly. Elections will be held on seven vacant general seats of the senate from Sindh. There are two seats for women and two for technocrats. Dividing these seats into 168 seats can therefore determine the golden figure for each seat, in other words, the required number of votes.

For instance: For general senate seats, around 22 votes will have to be obtained from the Sindh Assembly. If the two women’s seats in Sindh are divided into a total of 168 members, then the required number of votes; the golden figure; comes down to 84.

Under the same formula, some 21 votes will be required from the Khyber-Pakhtunkhwa Assembly for general seats, while technocrats’ and women’s seats will require around 73 votes and more than 70 on the minority seat.

Likewise, a candidate from the Balochistan Assembly will have to secure nine votes to win, while for the seats of women and technocrats, he/she will have to get the required 33 votes.

Using the same formula, 172 votes in National Assembly will be required for a Senator to be elected from Islamabad.