Father was taken to a restaurant on doctor’s order: Hussain Nawaz Sharif

LONDON: Son of the former Prime Minister of Pakistan, Mian Muhammad Nawaz Sharif on Monday said that a recent photograph of his ailing father being spotted at a restaurant was factual, ARY News reported. 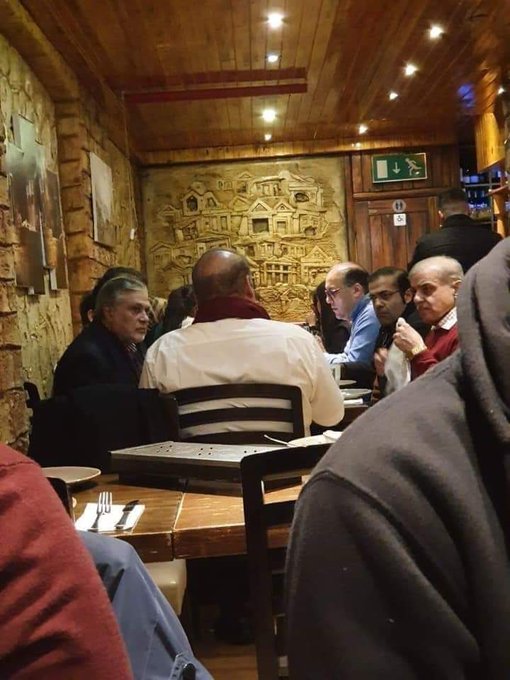 Hussain Nawaz Sharif said that Nawaz Sharif was taken to the restaurant on doctor’s recommendation as the former premier felt claustrophobic at home.

Hussain Nawaz disclosed the information to a set of reporters outside Avenfield Apartments where he also maintained that the former prime minister was reluctant to venture out.

“We insisted that father visited a restaurant so he could get acclimatized, he left the residence on our insistence,” said Hussain Nawaz.

“Doctors ordered us that Nawaz Sharif needed to go on small walks for at least two times in a day and we paid heed to their recommendation.”

The former premier’s picture went viral today morning when a picture of him seated with his brother Shehbaz Sharif and father in Law to Nawaz Sharif’s daughter, Ishaq Dar.

Earlier in the day, Former Prime Minister of Pakistan, Mian Muhammad Nawaz Sharif is being taken to Royal Brompton Hospital for a formal health examination.

The ailing politician who is currently on bail to tend to his deteriorating health is being accompanied to the healthcare center by personal physician Dr Adnan and son, Hussain Nawaz.